“Our Reputation is Our Pride, and We Have the Record to Back It Up” Fakhimi & Associates
Contact Us for a Free Consultation
Home
Articles
Charged With Possession With Intent to Sell? Here’s What You Need to Know

Charged With Possession With Intent to Sell? Here’s What You Need to Know 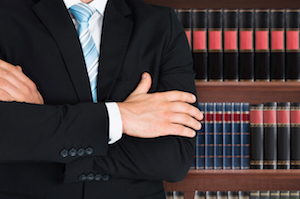 Drug abuse and addiction continue to be high-priority legal, medical, and societal concerns in the United States. In 2015, almost 1.5 million arrests were made in this country for drug crimes. Of those arrests, 83.9 percent were arrests for drug possession, and only 16.1 percent were arrests for the sale, trafficking, manufacture, or distribution of illegal drugs. Every day in the state of California, eleven people – that’s on average – die from drug abuse. And every year, more than 40,000 visits to California emergency rooms are related to illegal drug use.

Of course, if you are being charged and prosecuted for a crime such as the possession of drugs with the intent to sell, your immediate concern has to be obtaining experienced and reliable legal counsel. More than a few innocent people in this state have been charged with the intent to sell drugs when there was no such intention and the drugs were in fact meant exclusively for personal use. Some have been wrongly convicted. An attorney’s help after a drug arrest is imperative.

What Does the Law Say About Possessing Drugs With the Intent to Sell?

In California, the possession of drugs with the intent to sell those drugs is a crime that is almost always charged and aggressively prosecuted as a felony. It is also a crime that almost always lands a convicted defendant in a jail or prison. The law includes heroin, hallucinogens, prescription drugs, cocaine, methamphetamine, and in some cases, even marijuana.

Criminal charges involving illegal drugs in California may include:

In California, to convict someone of buying or possessing illegal drugs with the intent to sell, the state does not have to prove that a defendant was actually selling drugs. No cash has to change hands. Proving that a defendant planned or intended to sell the drugs is all that the state must prove to convict. Evidence may include scales, packaging equipment, cutting or grinding devices, surveillance and wiretap evidence, and the testimony of law officers, neighbors, and informants.

California statutes specify more than one hundred drugs and controlled substances that are illegal to possess or to sell in this state, including but by no means limited to:

What is the Penalty for Possessing Drugs With the Intent to Sell?

A conviction for the possession of drugs with the intent to sell is punishable with harsh penalties in this state. Incarceration in a county jail (for up to a year) or a California state prison (for up to four years) is probable. Real estate, vehicles, other personal possessions, and cash that can be linked to a drug crime may be seized in forfeiture proceedings. Loss of the offender’s driver’s license, a fine of up to $20,000, and registration as a narcotics offender may also be ordered by the court for a drug-related conviction, along with probation, community service, and drug education, counseling, or treatment.

The long-term consequences of a conviction for possession with the intent to sell include losing the right to vote, to own a firearm, to sit on a jury, or to hold public office. Convicted offenders must also provide a DNA sample to law enforcement authorities. For many, a drug crime conviction makes it difficult to find employment. If you are an immigrant in the United States, a conviction for the possession of drugs with the intent to sell will almost certainly trigger deportation proceedings.

What are the Defenses Against an “Intent to Sell” Charge?

In this state, the precise criminal charge and penalty in any particular case of possession with intent to sell will hinge on several factors including the type and amount of drugs involved and the previous criminal history of the defendant. A second conviction for the sale of narcotics, for instance, requires an additional three years behind bars on top of the standard penalty for the sale of narcotics. However, when a defendant is charged in southern California with possession with the intent to sell, an Orange County defense attorney might offer one of these defenses:

Often the best defense against a drug crime prosecution is an examination of how the police obtained the evidence. Sometimes the testimony of an unreliable witness or informant must be discredited. Police officers gather most of their evidence through “search and seizure,” but everyone in the United States is constitutionally protected from unreasonable and illegal police searches and seizures.

If a defendant is wrongly charged with possessing someone else’s drugs and can prove it, or if the police violated a defendant’s rights to obtain evidence, that is sometimes enough to have the charge dismissed. However, to keep illegally gathered evidence from being used against a defendant in a trial, that defendant will need a skilled and experienced Orange County criminal defense attorney to advocate on his or her behalf. When illegally gathered evidence is “suppressed” and cannot be introduced at trial, the chance of a not guilty verdict – or a dismissal or reduction of the charge – is much more likely.