“Our Reputation is Our Pride, and We Have the Record to Back It Up” Fakhimi & Associates
Contact Us for a Free Consultation
Home
Practice Areas
Criminal Defense
Violent Crimes
Child Endangerment

An allegation of child endangerment can be devastating, not just for the accused, but it affects the entire family. It changes the familial dynamics forever. Along with significant criminal penalties that can range from years of probation to hefty fines and incarceration, a California conviction for youngster endangerment can trigger a protective order that requires the offender to vacate the family home. It could also result in custodial interference and a significant impact on the parent-child relationship. One’s employment and education may also be jeopardized.

At Fakhimi & Associates, our Southern California youngster endangerment attorneys recognize the severity of these consequences, and we work tirelessly to establish an effective defense. Even when the evidence is considerable and a conviction unavoidable, we fight for a favorable plea bargain and reduced charges so that our clients can pick up the pieces and move forward.

California Penal Code 273a covers child endangerment law in this state. It is considered a California domestic violence crime, and it is defined as occurring when any one or a combination of more than one occur:

What’s the Difference Between Child Abuse and Child Endangerment in California? 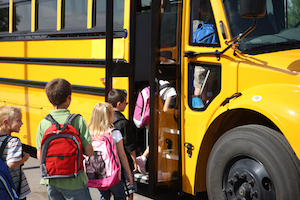 Some of the nuances in California laws can become confusing, especially considering many crimes seem indistinguishable, such as child abuse and child endangerment. It’s important to speak with an experienced child endangerment lawyer in Southern California to better understand your rights and the seemingly identical verbiage in much of the criminal code.

In short, a charge of child abuse, as codified in California Penal Code 273d, requires the presence of injury to the youngster, though this stipulation is not necessary to prove child endangerment. This often means clients are wrongly accused of child endangerment, and it’s why a tenacious defense is necessary.

Child endangerment is often deemed a misdemeanor; however, it is sometimes charged as a felony. In those cases, Orange County prosecutors have the burden of proof to show circumstances were likely to result in either great bodily harm or death. As criminal defense attorneys, our job is to represent our clients who are facing abuse of a child charges and other domestic violence cases.

Is it Discipline or Child Endangerment?

One of the biggest challenges in our modern society is defining effective discipline without it becoming abusive. Consider this: a person cannot be convicted in a California criminal court for child abuse or neglect if the actions are proven to be reasonable discipline. If that happens, the discipline is justified, including corporal punishment, such as spankings. The challenge is defining the term “reasonable discipline”. It’s open to interpretation. Rarely are two acceptable definitions the same.

Southern California prosecutors will also be required to show criminal negligence, which is behavior that is aggravated, gross or reckless and defies common sense. Essentially, the court will examine whether a reasonable person, under the same circumstances, would have acted in the same manner. If not, the criminal negligence element may be met.

The potential scenarios where parents are wrongfully arrested on this charge is alarming. After all, we want to protect our children, and that’s always admirable until an adult crosses the line and uses the California statutes to exact revenge on a quarreling spouse, in-laws or other others. Sadly, false accusations of child endangerment are common, and law enforcement must often make a judgment call in the heat of the moment. Most agree that it’s better to err on the side of caution; after all, the child’s safety and well-being are always a priority. The problem comes in when an overzealous prosecutor is determined to hold someone accountable, even if there’s been no crime committed or even if it’s reasonable to believe there are other suspects that have not yet been pursued.

What are the Punishments for Child Endangerment in California?

For those charged with misdemeanor child endangerment, defendants face:

Meanwhile, if the crime was charged as a felony (based on aggravating factors or defendant’s prior criminal history), the defendant may then face: 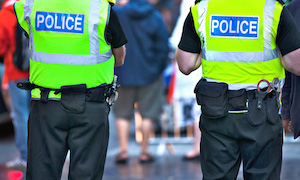 These are some of the more difficult cases we defend. Any time children are involved, everyone wants to protect them from the stress associated with proving and prosecuting these crimes. Unfortunately, the little ones are often the ones who may be required to testify in front of intimidating “grownups” who are all watching his or her every move. The truth is, even though the accused did nothing to endanger a child’s well being nor did he abuse the child in any way, it doesn’t mean the child wasn’t put in harm’s way or otherwise abused. The child is traumatized, the one responsible may not even be in the courtroom.

We recognize the anxiety and fear these cases can cause. Our qualified Orange County & Riverside criminal defense attorneys can help you work towards the best possible outcome and right the wrongs committed against the victim – even when the victim is actually the accused. Contact our team of experienced and compassionate child endangerment lawyers today to explore your legal options.