“Our Reputation is Our Pride, and We Have the Record to Back It Up” Fakhimi & Associates
Contact Us for a Free Consultation
Home
Practice Areas
Criminal Defense
Violent Crimes
Domestic Violence

A disturbing trend has been in place for years, and it includes a growing number of domestic violence accusations in Orange County, Riverside and around the state.

Domestic violence is taken very seriously by California law enforcement officers and prosecutors. The California Department of Justice reports police agencies field between 150,000 to 250,000 calls for domestic violence annually, and a significant percentage of those involve weapons. Police consider these calls among the most volatile, and any accusation accompanied by any sign of injury is almost certain to result in an arrest.

It’s illegal to commit assault or battery against anyone. However, if the alleged victim is someone close – i.e., a girlfriend or boyfriend (including exes), spouse, fiancée, cohabitant, parent of your child or other family member – consequences are enhanced.

At Fakhimi & Associates, our Orange County and Riverside domestic violence defense attorneys defend clients whose charges include everything from a simple assault case to the more complex domestic violence cases in which clients face long jail sentences and other negative effects stemming from a criminal record.

Most California district attorney’s offices have budgets that allow for a special unit solely dedicated to the prosecution of domestic violence cases. This is one reason why defendants must carefully select a Southern California domestic violence lawyer who is experienced in domestic assault defenses and who is not afraid to aggressively represent his client.

What is Restraining Order Abuse? 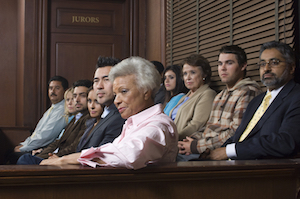 Domestic assault accusations present many challenges. Unfortunately, and though it’s still rare, there are a growing number of people who are levying these abuse charges against a spouse or partner Orange County & Riverside Domestic Violence Casesas a way of “getting even” in a divorce. Some restraining order abusers, as they’re referred, have abused the process more than once and all in an effort of complicating the lives of someone they once cared for deeply. Now, they game the system for malicious reasons. Often, those making false accusations don’t consider the long-term repercussions of their vengeful choices, and worse, cases often proceed even if the accuser backs down from his or her testimony or no longer wishes to pursue charges. The decision rests solely with the prosecutor, and the majority of counties impose some jail time even for first-time misdemeanor domestic violence convictions.

These are serious crimes, and when someone is proven not guilty, it highlights the problems with domestic violence laws. The “he said, she said” element adds to challenges. Still, there is nothing so unacceptable as an innocent person convicted of a crime he did not commit. We take this responsibility seriously and work hard to deliver a powerful defense for our clients. Our team of criminal defense lawyers in Orange County & Riverside, along with our support personnel, conduct independent investigations as part of our commitment to our clients. When the evidence is overwhelmingly in support of the accuser, we work to secure a plea bargain that is acceptable to all parties.

What is the First Offense Punishment for a California Felony Domestic Violence Conviction?

California’s penalties for felony domestic violence are found in Penal Code Section 273.5 and can include imprisonment in a California prison up to four years or no more than one year in a county, including Orange County, jail. From a monetary perspective, a person convicted of domestic violence can be fined up to $6,000. He may face both a loss of freedom and fines. Further, probation or parole can be ordered for up to five years. Domestic violence counseling of at least one year may also be ordered, and this can cost the defendant thousands of dollars. Protective orders may be levied against the convicted person as an additional layer of protection for the victim. Along with monetary fines, restitution is also part of California’s criminal code. As part of that, the order may include donations to domestic violence education and/or shelters. If there are drugs and/or alcohol that contributed to the violence, treatment may be ordered at the expense of the convicted person.

What is a Deferred Entry of Judgement?

This “second chance” program is available in California, though it doesn’t necessarily mean a defendant will have this option. This program allows for a defendant to complete the requirements, whether it’s jail time, fines, community service or other punitive orders, and at that time, have the guilty plea can be withdrawn. Your defense attorney will explore this possibility with you when the time is right.

What is the First Offense Punishment for a California Misdemeanor Domestic Violence Conviction?

A misdemeanor domestic violence conviction in Orange County, Riverside, and throughout California can include up to one year spent in the county jail, up to $6000 in fines or a combination of both. At a minimum, the convicted will face probation for 36 months but no more than 60 months. Further, domestic violence counseling of at least 12 months will likely be ordered at the convicted person’s expense. The victim will be able to pursue a California protective order. There also exists the possibility of fines, restitution and reimbursement for medical bills the victim endured and community service will likely be ordered as a condition.

Have Domestic Violence Laws Always Been in Place? 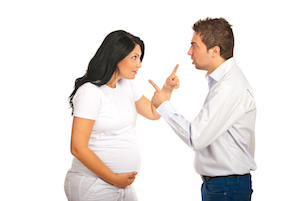 There was a time when domestic violence was not unacceptable. What happened between a couple in their own home was their business with neighbors or law enforcement intervening only if there were cries for help. In fact, it’s not been in the too recent past that a husband was encouraged to keep his wife focused and obedient, and any physical force that was required was seen as “keeping the missus in line”. Fortunately, in our contemporary society, that is no longer acceptable.

Our goal is to aggressively represent our clients who have been wrongly accused. Our domestic violence attorneys are sensitive to the complexities of these cases and are diligent in their efforts of acknowledging certain intimate details while aggressively defending our clients.

Our law offices have many resources, a proven track record and a commitment that’s unmatched. If you’ve been accused of domestic violence in Orange County or Riverside, contact the powerful legal team at Fakhimi and Associates today. The sooner you act, the sooner we can help you pick up the pieces and move forward without the stigma of having been convicted of breaking the California domestic abuse laws.