“Our Reputation is Our Pride, and We Have the Record to Back It Up” Fakhimi & Associates
Contact Us for a Free Consultation
Home
Practice Areas
Criminal Defense
Drug Crimes

Those accused and convicted of drug charges in California represent a significant percentage of our jail and prison population. The so-called “War on Drugs” has historically ensured lengthy incarceration terms for people accused of everything from simple possession of a controlled substance to involvement in large-scale drug trafficking rings. Fortunately, in recent years, there have been changes to California controlled substance laws that change the definition, prosecution and penalty guidelines for many found guilty of drug crimes.

The Orange County drug crimes and possession attorneys at Fakhimi & Associates aggressively fight these charges on behalf of our clients. We recognize the devastating effect a drug conviction can have on a person’s life. Beyond lock-up and fines, there is a negative impact on one’s employ ability (particularly if the offense is a felony), as well as the perceived suitability as a parent in child custody or visitation proceedings.

As part of the changes, California drug crime defendants now have alternatives to jail or prison time for certain drug-related convictions. As part of the Substance Abuse & Drug Crime Prevention Act of 2000 (also known as Proposition 36) and California Penal Code 1000, drug lawyers in Orange County and throughout the state have better legal defenses for their clients.

The goal of these measures, as outlined by the California Department of Alcohol & Drug Programs, is to:

If a narcotics offender is eligible for diversion, he or she will be required to complete a full year of drug treatment, six months of aftercare and sometimes family counseling, vocational training, literacy training or some other educational course. Upon successful completion of the program – which includes refraining from additional arrests – a person can petition the court to have charges dismissed, thereby avoiding a permanent criminal record.

Eligibility for this option per P.C. 1000 requires defendant:

Another positive point for Californians is that our state tends to have considerably progressive laws regarding the cultivation, distribution and possession of medical marijuana. A good Orange County or Riverside drug possession attorney knows how to seize these benefits for clients accused of low-level drug offenses.

What are the California Juvenile Drug Possession Laws? 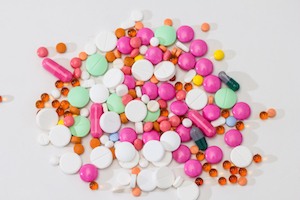 If your child has been arrested for drug charges in Orange County or Riverside, waste no time in contacting a drug crimes lawyer. What happens immediately following the arrest of a young person affects the rest of his life. Fortunately, the adults in his life can play a significant role in ensuring his future is protected. Juvenile drug crimes differ from drug charges most adults face.

Your first best step is to contact a lawyer immediately so that efforts can be made to ensure a juvenile’s safety and quick release if he’s in jail or being held at a youth detention center.

Are Drug Crimes in California Classified as Misdemeanors or Felonies?

As with most crimes, whether drug charges are filed as felonies or misdemeanors is determined by a number of factors, including:

Crimes involving sale and possession-for-sale of narcotics are most typically charged as felonies. Note that possession of small amounts of drugs for personal use is often charged as a misdemeanor.

While felonies do carry more severe consequences, misdemeanor penalties can be quite serious too, involving up to one year in jail plus costly fines and a permanent criminal record for scrutiny by future employers and others.

Bear in mind also in some cases, mere possession of drugs can result in a 25-years-to-life sentence under California’s strict Three Strikes Law, which is still in play despite the other big changes in narcotics crimes charges.

What are Possession-Related Drug Offenses?

The most commonly charged drug offenses in California stem from mere possession. But while a person may legally possess and even distribute a certain amount of marijuana for medicinal purposes, possession of any amount of cocaine is going to be deemed a felony.

What are Some of the More Common Charges? 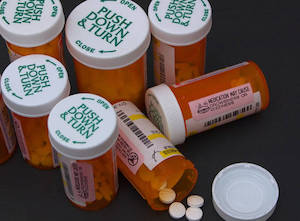 These offenses are always felonies. Often, these cases are built largely on subjective evidence. This would include the presence of:

Our Orange County & Riverside drug crimes attorneys stand ready to formulate an effective legal defense that will best serve your needs and unique challenges you face. With your future at stake, it’s crucial to choose wisely as the choices you make today affect the options available to you tomorrow.