“Our Reputation is Our Pride, and We Have the Record to Back It Up” Fakhimi & Associates
Contact Us for a Free Consultation
Home
Areas Served
San Bernardino County
Rancho Cucamonga
DUI

How Does a DUI Conviction in Rancho Cucamonga Impact Someone's Life?

Many of the people who are charged with driving under the influence in California have never been in any previous legal trouble, so the experience can be genuinely frightening. A DUI arrest in this state can lead to a conviction and a criminal record, steep fines, a lengthy probation, and even time in jail. Additionally, a DUI conviction can negatively impact your employment situation, raise your auto insurance rates, and cause your friends, colleagues, and even some family members to lose their trust in you.

A driving under the influence conviction, in other words, can follow you for many years, so it’s something that you very much want to avoid. In Rancho Cucamonga and anywhere else in Southern California, if you are arrested and charged with driving under the influence, you’re going to need top-quality defense representation – fast. An experienced Rancho Cucamonga DUI lawyer at Fakhimi & Associates can help.

When the charge is DUI, you’ll need help navigating through two separate legal mazes. You’ll face the criminal charge of driving under the influence in the California criminal court system, but you’ll also have to deal – separately – with an “administrative” process conducted by the California Department of Motor Vehicles (DMV) to suspend your driver’s license. Thus, it’s important to retain an attorney who has abundant experience handling DUI cases, and it’s imperative to contact that attorney at once. You have ten days after a DUI arrest to request an administrative hearing with the DMV, or your driver’s license will be automatically suspended.

Where can You Turn if You are Charged With DUI in California? 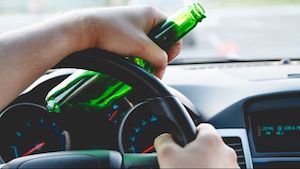 Over two decades, the DUI attorneys at Fakhimi & Associates have represented scores of DUI defendants in Rancho Cucamonga, Orange County, Los Angeles County, Riverside County, San Bernardino County, and all of Southern California. We aggressively protect your rights in the criminal court process, and we also represent clients before the California DMV to help you keep your driving privilege while awaiting trial.

While it is often possible to have a misdemeanor driving under the influence charge reduced to wet reckless (the equivalent of reckless driving), if you believe that you are innocent of driving under the influence, you may not want to accept a plea bargain. A DUI lawyer at Fakhimi & Associates will explain your rights and options and will guide you through both the administrative and criminal procedures for DUI defendants.

What Happens at a DMV Driver’s License Hearing in San Bernardino County?

A DMV driver’s license hearing is nothing like a courtroom hearing. It’s conducted by a Driver Safety Office Hearing Officer who is a DMV employee – not by a judge. The standard of proof in a DMV hearing is a “preponderance of the evidence” – a far lower standard than the “reasonable doubt” threshold in criminal cases. Still, the DMV must justify suspending your driver’s license, and according to the DMV’s own figures, many of those who request a license suspension hearing succeed in keeping their licenses – at least until they go to criminal court on the driving under the influence charge.

Subsequent to the DMV hearing, a DUI defendant must then face the criminal process. Understanding how the penalties for drunk driving are applied in California can be quite confusing. The law allows for a range of possible sentences for a simple “stand-alone” driving under the influence conviction, but there may be “enhancements” to a DUI sentence – in other words, a sentence can be more severe – based on these considerations:

A DUI defendant should understand that the blood, breath, or urine test result will be a top consideration in deciding precisely what charge or charges will be filed against you, and if you are convicted of driving under the influence, that test result will also be a leading consideration when the judge determines precisely what sentence to impose. You should also understand that breathalyzer tests, in particular, may not be trustworthy, and that your DUI lawyer may choose to dispute the breathalyzer result as a part of your defense.

What Will Fakhimi &Amp; Associates do for a DUI Client? 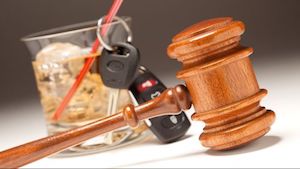 An experienced Rancho Cucamonga DUI lawyer at Fakhimi & Associates will know which legal strategies are effective with prosecutors and with the courts. We have the experience and the skills to provide top-quality DUI defense representation, and we’ve been winning justice in southern California for our DUI clients for two decades. Although our ultimate goal is always a dismissal of the charge or a not guilty verdict, when the evidence against a DUI client is overwhelming and a conviction is inevitable, we’ll negotiate a plea bargain or argue for alternative sentencing on your behalf.

In Southern California, if you are seeking an experienced Rancho Cucamonga DUI lawyer to represent you or someone you love who’s facing a DUI prosecution, explore our website, learn about us, and schedule a consultation. We’ll address all of your legal concerns, and if you become a client of Fakhimi & Associates, we’ll start compiling evidence and crafting your defense at once. We welcome the chance to provide you with sound legal advice and capable DUI representation, but you must take the first step and make the call to Fakhimi & Associates.