“Our Reputation is Our Pride, and We Have the Record to Back It Up” Fakhimi & Associates
Contact Us for a Free Consultation
Home
Practice Areas
Criminal Defense
Felony Enhancements

The California Penal Code outlines sentencing guidelines for all recognized misdemeanor and felony crimes. Generally, judges adhere to these guidelines, though they do have a fair amount of discretion in determining whether to sentence at the high or low end. Prosecutors can use felony enhancement sentencing laws to persuade judges to support their arguments for longer jail sentences or other harsher penalties. The felony enhancement criminal defense team at Fakhimi & Associates are very much aware of the tactics used by the state and have worked tirelessly on behalf of their clients in order to prevent those tactics from succeeding.

Our Orange County & San Bernardino criminal defense attorneys have helped clients through some of the toughest criminal cases in Southern California.

What are Felony Enhancements?

In California, sentencing enhancements generally include:

What are Prior Crime Enhancements?

Prior crime enhancement may involve either the California Three Strikes Law or enhancements for prior convictions on everything from DUI to sex crimes to drug crimes as well as any other serious violent felony defined by California laws. 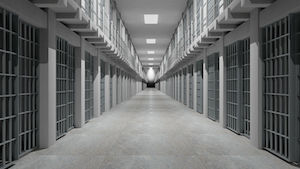 The Three-Strikes Law tacks on additional punishment for felonies when a defendant has prior convictions for serious or violent felonies. Each felony conviction is referred to as a “strike.” Just one prior strike can result in double the sentence for a new felony conviction. There is also an additional 5 years tacked onto that amount if the new felony is also deemed “serious.”

A third strike will result in a sentence of 25-years-to-life in prison. Note that juvenile crimes can sometimes be counted as strikes for purposes of this law. Worse, unlike many juvenile court cases, these strikes can follow them into their adult lives and can be counted against them years later.

Courts do have authority to “strike a strike,” or ignore prior strikes in sentencing for new crimes (per the 1996 California Supreme Court case of People v. Romero). Still, it’s best to avoid a felony conviction entirely, and fight each new charge aggressively.

How Many More Years can be Added With Felony Enhancements?

What are Felony Gang Enhancements?

The California Street Terrorism Enforcement Prevention Act (STEP) imposes enhancements for crimes deemed to have been connected to criminal street gangs. As codified in California Penal Code 186.22(e), these are ongoing, organized groups of three or more who engage in a pattern of criminal gang activity.

Under STEP, There are Three Enhancements That may be Applicable in Cases of a Gang-Related Felony

STEP allows certain misdemeanor crimes stemming from gang activity to be considered “wobblers,” meaning prosecutors have discretion in deciding whether to file as a felony.

Does California Have Felony Gun Enhancements?

In Orange County & San Bernardino, CA, gun enhancement laws are notoriously severe and strict. It is known as the “10-20-life” enhancement. A defendant who uses a gun in the commission of a violent felony faces a 10-year, 20-year or 25-year-to-life enhancement on their sentence, per California Penal Code 12022.53.

The list of violent felonies to which this rule applies includes:

There are also a number of enhancements to felony charges simply for being armed, which generally amount to an additional 1 year in prison. Drug and sex crimes committed while armed come with 3-to-10-year enhancements, depending on the underlying circumstances.

Typically, this sentence enhancement will result in an additional 3 years in prison. It may not be applied if the only person who is injured is an accomplice.

However, if great bodily injury or death results from discharging a firearm from a vehicle, the enhancement is between 5 and 10 years.

It may not be applied to manslaughter or murder, where causing serious injury or death is an element to the underlying crime. 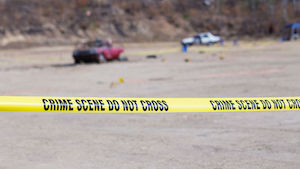 If a person who committed a carjacking has any prior felony conviction, they may receive a 1-to-3 year enhancement.

The bottom line is these are not cases defendants can leave to chance. The penalties are severe, and prosecutors will undoubtedly seek the maximum punishment for those they convict. Don’t trust your future with just any legal advocate. Choose a qualified and experienced criminal defense lawyer who can preempt many of a prosecutor’s efforts of putting into place any type of felony enhancement. Give us a call today.