“Our Reputation is Our Pride, and We Have the Record to Back It Up” Fakhimi & Associates
Contact Us for a Free Consultation
Home
Practice Areas
Criminal Defense
Violent Crimes
Hit & Run

When a driver flees the scene of a traffic accident – even a relatively minor one – it can quickly spiral into serious hit and run felony charges. The criminal defense team at Fakhimi & Associates know there are a number of reasons people do not stop after a crash.

These requirements exist regardless of whether a driver is at-fault. That means even if you did not cause the crash, you are required to remain at the scene and fulfill these obligations. But what happens if you’ve already fled the scene and are now worried about what happens next? Your first best decision is to contact an attorney. Your next best decision is to contact the Orange County & Riverside criminal defense lawyers at Fakhimi & Associates. We have successfully represented clients involved in hit and run cases for years. We understand the California court system, and we can guide you through the complexities of a strong defense.

What if Alcohol was Involved in the Hit and Run? 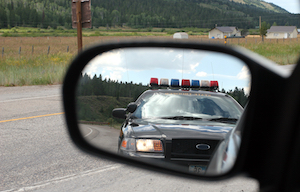 If you have been involved in a hit and run and were also arrested for a DUI, you possibly face jail time and substantially higher fines. In addition, a hit and run is worth 2 points, as is a DUI on your license, so you could be looking at four points on your license if convicted of both the DUI and the hit and run. When the California DMV sees 4 points on your license, you may face a suspension of several months or longer due to negligence in your driving. Our hit and run attorneys will fight for a better outcome that does not jeopardize your California driving privileges. There are a number of potential avenues for achieving that, all of which will be discussed as your court case evolves.

Are Hit and Run Accidents a Misdemeanor or a Felony?

If you are charged with misdemeanor hit and run, as codified in Vehicle Code 20002, it means that you are accused of:

The primary difference between a misdemeanor and a felony is whether there were injuries. A misdemeanor hit and run often means property damage; a felony hit and run is filed when someone other than the defendant was injured or killed.

It’s crucial for all drivers involved in a crash remain on-scene in order to fulfill these obligations, regardless of who was at fault, the amount of damage inflicted or the seriousness of injuries involved. In this way, nothing is left open to interpretation by law enforcement nor will it come under scrutiny if it evolves.

Particularly in misdemeanor cases, many defendants have no prior record and often don’t even realize they are breaking the law.

We have successfully represented Southern California clients who:

A conviction for misdemeanor hit and run offense can result in a maximum six months in jail, up to $1,000 in fines and payment of restitution.

In California, a felony hit and run comes with harsher repercussions. Note that even though it’s referred to as a felony, it actually a wobbler. This means the district attorney has discretion to try it as a misdemeanor, even if there were injuries. An experienced hit and run defense lawyer knows how to negotiate a reduction of charges, and this can be particularly effective if the defendant has no prior criminal record and assuming the injuries were relatively minor.

If a felony hit and run is tried as a misdemeanor, potential penalties can and often do include:

If a felony hit and run is tried in court as a felony, defendant will face:

Do You Defend California Hit and Run Charges?

One of the first things our Orange County hit and run defense lawyers will do is analyze all available evidence, and determine whether there was any impropriety or mistakes in the police investigation. 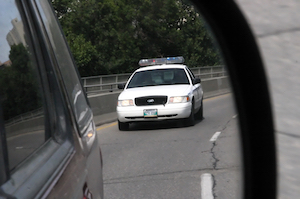 Beyond that, our defense attorneys would consider the possibility of arguing:

We have decades of experience and much of our clientele is due to former clients recommending our legal services to their friends and families. It’s both a responsibility and an honor. If you’ve been charged with hit and run in Orange County or Riverside, we encourage you to contact our offices today for a complimentary consultation.