“Our Reputation is Our Pride, and We Have the Record to Back It Up” Fakhimi & Associates
Contact Us for a Free Consultation
Home
Practice Areas
Criminal Defense
Juvenile Crimes

When a young person becomes ensnared in the California juvenile justice system, it can be an overwhelming time for both the child and his parents.

The Riverside & Orange County juvenile defense attorneys at Fakhimi & Associates recognize those fears and understand how important it is to avoid outcomes that could impede a child’s future. The juvenile criminal justice system in California varies in substantial ways from the adult criminal justice system, and it’s critical for families to retain a defense team with extensive background in this specific area of law. When it can affect a young person’s future, nothing is more important.

One of the biggest differences between the juvenile justice system and the adult system is that courts aim to reform, rather than punish juveniles. That means there are often opportunities for diversion programs, community service and alternative sentencing options, particularly for very young or first-time offenders.

But this does not mean harsh penalties are never meted out.

Juvenile delinquency court in California aims to process misdemeanor and felony crimes allegedly committed by those under the age of 18. In legalese, juvenile delinquency hearings are referred to as “Section 602 proceedings,” because of the portion of state law that serves as a guide to the procedure.

What Should We Expect in a Juvenile Court Hearing? 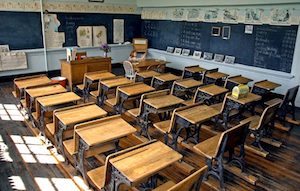 In juvenile delinquency court, there is a judge and a prosecutor. This means your child should be represented by a qualified Southern California juvenile defense attorney, even if there are typically no juries and the proceedings are kept confidential.

In California’s young legal process, there is no guilt or innocence that one sees in the adult criminal system. Rather, the judge weighs whether there is evidence to support the state’s assertion that a juvenile committed the crime, and if so, the judge will sustain the petition of the district attorney.

The outcome (or disposition) could range from low-level, informal probation to incarceration.

What if Juvenile Charges are not Dismissed?

Where charges are not dismissed, informal probation is often the most preferable option. The minor is not required to concede wrongdoing, and criminal charges are dismissed once he or she completes the probation, which is often minimally restrictive.

There is also the potential for a more formal juvenile probation or home detention, which may have strict requirements, including:

In other cases where a minor is deemed to need a higher degree of structure, there are “probation camps” that last anywhere from three months to one year.

The next level from there is incarceration. A teen who is incarcerated (not charged as an adult) will be processed through the Department of Juvenile Justice, previously referred to as the California Youth Authority or CYA.

In some cases, a California young judge will declare a minor to be a “ward of the court.” What this means is the court assumes primary responsibility for treatment and control of the child. He or she may be declared a ward, yet still allowed to return home to serve probation.

In some cases, young offenders may even be sentenced to serve time in state prison as an “adult offender. That amount of time could be lengthy, too, depending on the nature of the crime and defendant’s juvenile rap sheet.

Although the U.S. Supreme Court ruled against the death penalty and life-without-parole sentences for juvenile offenders, they may still be looking at decades for the most serious of offenses.

California’s Division of Juvenile Justice’s estimates approximately 225,000 youths are arrested in this state every year. Of those, about 18,000 are placed into secure facilities, and more than 1,100 are tried as adults.

Crimes for which children 14 and older may be tried as adults include:

Prosecutors have discretion in determining whether a young should be tried as an adult. If a teen is charged with a serious felony offense, having an Orange County young crime lawyer on the case early on could be extremely advantageous in negotiations prior to the filing of charges. In most other cases, minors were introduced into the probation system, with community service and other treatment requirements.

The juvenile justice system offers various academic, vocation and treatment programs aiming to address the underlying issues that led to an introduction of the system in the first place. As juvenile defense lawyers, we always seek what’s best for our clients.

These juvenile diversion programs are a good alternative to harsh sentencing for teens. But that does not mean parents should simply leave it to the system to decide their child’s fate.

Some parents believe they are giving “tough love” to their child by allowing them to suffer the full consequence of the juvenile justice system; the fact is a young record CAN still impact a child’s future.

Although the teen is not “punished,” he or she can still be “sanctioned” for wrongful behavior.

Some disciplinary actions may include: 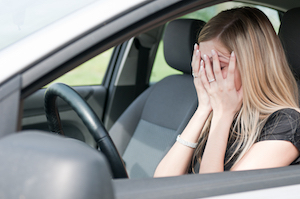 Understand that sustained petitions in juvenile court can count as a “strike” for purposes of California’s Three Strikes Law. Additionally, adult courts are allowed to consider juvenile offenses when determining probation and sentencing decisions. A sustained petition for a sex offense could result in a required sex offender registration.

For offenses that are not quite as serious, juveniles may be able to seal his or her juvenile record by fulfilling the terms of the sentence and staying out of trouble for a length of time.

By advocating for reduced charges or a clean record in exchange for successful completion of diversionary programs and probation, our Riverside & Orange County juvenile criminal defense lawyers can help make sure the root causes of juvenile crime are addressed, without imposing the stigma. These programs hold teens accountable, without saddling them with a record that may hinder or label them.

Give us a call today to learn more about your options.