“Our Reputation is Our Pride, and We Have the Record to Back It Up” Fakhimi & Associates
Contact Us for a Free Consultation
Home
Practice Areas
Criminal Defense
Violent Crimes
Kidnapping & Carjacking

Kidnapping and Carjacking are two crimes that involve taking the liberty and/or property of another through force or fear. If you’re convicted of these crimes, you face many years in prison. These serious crimes require a knowledgeable litigator who will fight on your behalf in a California courtroom. Consider carefully your options in a criminal defense attorney; whatever you decide will have life-long implications.

These charges can count as a strike under California’s Three-Strikes Law – meaning you may be required to serve 85 percent of your sentence before being eligible for release. A conviction for carjacking or kidnapping alone usually means serious jail or prison time, lengthy probationary sentences and additional legal problems in the event of noncompliance with any of the terms of sentencing. Having convictions for both of these crimes can result in a significant portion of your life being spent in California’s prison system. A crime of violence on your permanent criminal record can follow you for the rest of your life. It can mean the difference in being able to vote, to carry a firearm, to secure housing or a job.

Very few kidnapping charges in California involve the stereotypical crime for ransom. In most cases, it is simply depriving someone or their liberty and freedom. Such a broad legal definition often results in overcharging by the state and abuse of prosecutorial discretion.Nonetheless, it is a serious crime that requires expert litigation in a California courtroom.

California’s kidnapping laws are found under Penal Codes 207-209.5. Kidnapping is defined as moving another person a substantial distance without the person’s consent. Either through the use of force or fear. Often, “substantial distance” is debated. In a domestic argument, for instance, is movement from the kitchen to the bedroom enough to satisfy the legal definition? If the crime is a kidnapping in Orange County that results in the victim being found in the next county, that’s often enough to satisfy a legal definition, but again, the substantial distance can be subjective, especially in a California criminal courtroom. Either way, kidnapping is a very serious charge under California law, punishable by up to 8 years in prison. The defense mounted by your defense attorney must be aggressive and definitive. In fact, who you choose to represent you in a criminal courtroom can affect the rest of your life and can mean the difference between many years in prison or something that’s far more acceptable for you and your family. 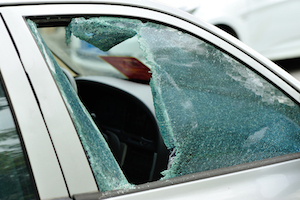 Kidnapping is also a strike under California’s Three-Strikes law.

California Penal Code 215 sets out the felony penalties for taking the car of another through force or fear. Conviction is punishable by up to nine years in prison. Like a kidnapping conviction in California, carjacking is also considered a strike under the state’s Three Strikes law. Additional penalties are possible if the victim is injured or kidnapped, if a firearm was used or if the crime was committed in benefit of a gang.

The law is written in such a way that a thorough defense of each element is essential. Mistaken identity is one possible defense; as is contesting the allegation that threat or force was used, which could reduce the charge to simple auto theft.

What if the Victim isn’t the Owner of the Car?

Under California’s laws, if force is used to take a car out of possession of someone else or deprive use of the automobile, regardless of whether it’s the owner or a driver who is attacked, it is considered carjacking.

In either case, kidnapping or carjacking, a reduction of the charges can have a substantial impact on your case. Often the state charges a case up. What you are initially charged with matters little. All that matters is whether you are convicted in a court of law.

What Must be Proven in a Carjacking Case?

In an Orange County criminal court or in any criminal court in California, the district attorney is obligated to prove that first, the suspect stole a car in the immediate presence of vehicle’s owner or driver or any passenger. It must have been taken against the owner’s or driver’s will, and force must have been used to take the vehicle and deprive use of the vehicle from the rightful driver.

What’s the Difference Between Carjacking and Grand Theft Auto in California?

Both are theft-related felonies, but there are a few differences between the two.

California Penal Code defines carjacking as a crime that:

Involves physically taking a motor vehicle from someone against his will; it is committed with the purpose of permanently depriving that driver, and/or owner of his vehicle and force or fear was used.

Note: A carjacking can be treated and charged as robbery in Orange County and throughout the state, but the same offense cannot include both charges of carjacking and robbery.

Grand theft is defined by California’s laws as: 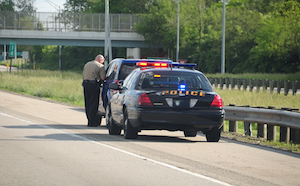 A crime that involves taking a person’s real property; the value of that property exceeded $950, and it was committed against an owner’s will.

Grand theft is punishable by a sentence in Orange County Jail, but not to exceed one year. For those convicted of previous vehicle theft offenses, the jail sentence can and will often be more substantial.

The biggest differences between the two crimes are the use of force and fear and whether a driver or owner was present.

If you are facing charges of kidnapping or carjacking in Riverside, Orange County, or surrounding areas, contact the Criminal Defense Team of Fakhimi & Associates to schedule a confidential and complimentary consultation to discuss your case, your options and what happens next.