“Our Reputation is Our Pride, and We Have the Record to Back It Up” Fakhimi & Associates
Contact Us for a Free Consultation
Home
Practice Areas
Criminal Defense
Violent Crimes
Murder

Murder is one of the darkest elements of the human condition. This act is permanent and affects families for generations. In fact, these crimes can set off a chain reaction that changes lives forever, even those lives that weren’t connected to the victim or the person who committed the homicide. Our team of criminal defense lawyers in Riverside & Orange County have defended clients accused of these crimes for years. These types of criminal cases are never predictable nor is there a set formula that the overall criminal justice system follows. Each case brings with it its own details, contributing factors, facts, and other nuances. If you’ve been accused of murder in Riverside, Orange County or anywhere else in California, you want experience to be at the top of the list when you’re seeking legal representation. Remember, your life is one of those that will be changed forever, too. If you’re charged, you are forever linked. Our job is to ensure history is accurate in the role you played – or did not play.

Murder, defined in California by Penal Code Section 187, is the act of putting another human being to death in an unlawful and unjustified way, with “malice aforethought.” Murder in the First Degree (as defined in CA Penal Code 189) is murder committed after deliberation and premeditation.

Other murders such as those committed out of blind, reactive rage-are considered second degree. Not every criminal defense attorney handles or even understands the delicate intricacies of defending a client of murder charges in California. Our Orange County homicide attorneys have defended many facing murder charges in Riverside and surrounding areas.

Pursuant to CA Penal Code 189, if the commission a felony that is “inherently dangerous” (such as carjacking or kidnapping) results in a killing, the perpetrator of said felony can be charged with first-degree murder, even if the killing was an accidental and unintended consequence of the crime.

What are the Sentencing Guidelines for Murder Convictions in California?

In California, first-degree murder is punished by 25 years to life imprisonment. In those cases where homicide was motivated by hate, such as those who were killed because they were women, or of a different race or religion, the punishment carries a term of life without the possibility of parole. This is applicable if the homicide victim is a law enforcement officer.

Reminder: The Death Penalty is an option in California.

For those convicted of second-degree murder, the punishment can include anything from imprisonment for 15 years to life. Note, too, that some circumstances allow for increased sentences, such as drive-by shootings or past convictions on murder charges. Further enhancement can be applied if the crime was gang related or if an illegal gun was used.

Do You Defend Death Penalty Cases in California?

If you have been convicted of murder, you may be facing the death penalty in California pursuant to Penal Code Section 190.2.

There is a narrow path for the state to request the death penalty: 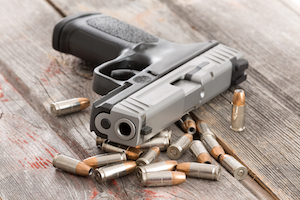 Our Riverside & Orange County criminal defense law firm not only represents clients facing the California death penalty, but we approach these criminal cases with a goal of keeping the door open so that parole may be an option in the future. Of course, not every California homicide case can include this possibility,but our murder lawyers ensure every potential option is fully explored.

What is Manslaughter in California?

Manslaughter is considered a lesser offense than murder and is defined in California Penal Code 192 as “the killing of someone in the prosecution of an “unreasonable” act of self-defense.” For instance, if someone assaulted you on a train platform, and you pushed him onto the train tracks, where he was subsequently run over, you could be charged with voluntary manslaughter. The statute stipulates punishment ranging from three years to 11 years in a California prison. Our Riverside & Orange County manslaughter criminal defense lawyers can provide a strong representation to ensure the best outcome in your case.

What is Involuntary Manslaughter in California?

This crime, defined pursuant to California Penal Code Section 192, is defined as “the accidental or involuntary killing of another human being due either to “gross negligence” or to consequences stemming from the commission of a misdemeanor”. These crimes carry with them prison sentences between two and four years for those who have been convicted. 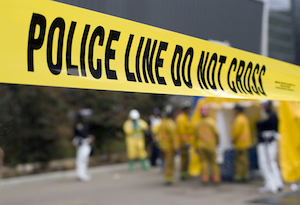 Our criminal defense team brings to the table considerable experience in defending vehicular manslaughter in Riverside & Orange County, CA. Because we not only understand the California legal system, but we are dedicated to remaining current in the various shifts within that legal system.

In Orange County, vehicular manslaughter is defined as the “accidental/involuntary killing of another human being while operating a motor vehicle in a negligent or unlawful fashion”. Remember, no two cases are identical and depending on the details of any conviction, a jail sentence can be anywhere from one year to ten years.

If you are facing murder charges in Riverside or Orange County, contact our offices today. Time is not a luxury nor is a second-rate defense in the California court system. We’ll schedule a complimentary consultation so that you can arm yourself with the facts and make the best decision possible in how you wish to see your case progress. Knowing the facts is empowering. Hiring the best team to defend murder charges in Riverside, Orange County or surrounding areas is proactively protecting your rights, your future, and your family. After all, no one is served when the wrong defendant is punished for a crime he did not commit.