“Our Reputation is Our Pride, and We Have the Record to Back It Up” Fakhimi & Associates
Contact Us for a Free Consultation
Home
Articles
Pokémon Go and Crime: The Latest Tales of Fun Gone Wrong 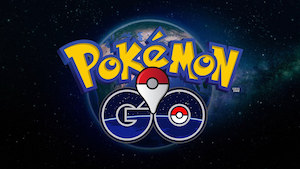 In July, the San Francisco-based software development company Niantic released Pokémon Go, a mobile reality game for iOS and Android devices. The game allows players to capture, battle, and train virtual creatures, called Pokémon, who appear on device screens as though they are in the real world. Immediately, thousands began playing the game, and it quickly became one of the most used smart device apps in the world.

However, some unlucky Pokémon Go players have become crime targets, and others have discovered crimes – or have committed them. For example, one man in the Detroit area apparently became so involved with the game that he forgot about a warrant for his arrest when the game directed him to a local police station. Officers there recognized and arrested the 26-year-old suspect.

What Crimes Have Been Linked to Pokémon Go?

In Anaheim, a man playing Pokémon Go was directed to Schweitzer Park, where he was stabbed by multiple assailants, according to NBC Los Angeles. It does not appear that the attackers themselves were involved with the game. The man was simply distracted and unaware of his surroundings when the attack occurred. Unfortunately for the victim, 39-year-old Jacob Kells, he also had outstanding warrants from Monterey County, and after treatment for knife wounds, Kells was booked into the Orange County Jail.

A 19-year-old man was playing Pokémon Go in Lake Ronkonkoma, New York, when a gray four-door sedan with at least three people inside pulled alongside him, police said. A man in the front passenger seat told the victim to give him his phone. When the victim did not immediately comply, the passenger in the rear seat displayed a handgun. In Edgewater, Illinois, a man was robbed playing Pokémon Go on Edgewater’s Lakefront Trail. The man described his attackers as three teenagers, and they ambushed him, punched him in the face, and stole his phone, according to local reports.

Can Players be Specifically Targeted by Criminals?

Pokémon Go has a “lure module,” a feature that can draw players to a specific location; nationwide, there have been some reports of players being lured and then robbed, but it appears that neither the Lake Ronkonkoma victim nor the Edgewater victim were lured to the spots where they were robbed. However, some teens in O’Fallon, Missouri were targeted by robbers using the game’s lure module to seek potential victims.

On July 10, the O’Fallon Police Department posted the following to their Facebook page: “This morning at approximately 2 am we responded to the report of an Armed Robbery near the intersection of Highway K and Feise Road. We were able to locate four suspects occupying a black BMW a short time later and recover a handgun. These suspects are suspected of multiple Armed Robberies both in St. Louis and St. Charles Counties. It is believed these suspects targeted their victims through the Pokémon Go smart phone application.”

The post continues, and it partially explains how crooks use Pokémon Go to lure victims: “Many of you have asked how the app was used to rob victims, the way we believe it was used is you can add a beacon to a pokestop to lure more players. Apparently they were using the app to locate ppl (people) standing around in the middle of a parking lot or whatever other location they were in.”

Near Baltimore, in Parkville, Maryland, a group of Pokémon Go players were robbed at gunpoint near Belmont Park, where two suspects approached them and one of them displayed a handgun, police said. The suspects took the victims’ cell phones and money and then fled. No one was injured. Local police said they are still trying to determine whether the victims were targeted because they were playing Pokémon Go.

Robbers, however, aren’t the only unexpected finds by players of Pokémon Go. A 19-year-old woman in rural Riverton, Wyoming found a dead body while playing Pokémon Go near the Big Wind River. “I was trying to find water Pokémon,” she told CNN. While hunting for them on the river bank, she came across the corpse of a man lying face down in the water. Local police believe the man was a drowning victim.

Pokémon Go players have also been fighting crimes, or at least one, according to the police in Fullerton, California. Two former Marines who were playing Pokémon Go in Fullerton helped the police catch a man suspected of attempted murder after he began bothering a woman and her kids, police said. Seth Ortega, one of two Marine vets, told People, “Hey, our day went from catching Pokémon Go to catching a bad guy.”

Where Else has Pokémon Go Been Linked to Crimes?

The U.S. isn’t the only nation filled with people playing Pokémon Go – it’s an international craze. In the United Kingdom, police in Greater Manchester have been told that Pokémon Go “has the potential for a new crime trend.” Already, three students in Hulme, immediately south of Manchester, had their mobile phones snatched as they played. A 15-year-old boy was later arrested.

The lesson for players of Pokémon Go is to stay aware of where you are and aware of who is approaching. “Get your head out of your phone,” Encinitas, California Fire Department Battalion Chief Robbie Ford tells People. “It’s only a game.” The phone-sized monsters inside Pokémon Go may only be part of a game, but the crimes related to the game are real. Toledo, Ohio Police Lt. Joe Herrnan told People magazine, “This is the first time I can recall in my 20-year career that a game has created this kind of impact on law enforcement.”

How can Pokémon Go players avoid criminal liability? The game’s terms of service protect the manufacturer from liability for property damage, personal injury, or wrongful death as well as from claims based on the violation of any other applicable law. The game also requires the arbitration of disputes. Players must agree to the fine print, which says they cannot enter private property without permission. If you have legal questions regarding Pokémon Go or your own legal obligations while playing, a Orange County criminal defense attorney can provide the advice you need.

If you are a crime victim in Southern California, call the police at once. If you are accused of any crime related to Pokémon Go, get legal help and contact an experienced Orange County criminal defense attorney. Regarding crime and Pokémon Go, Manchester, U.K. Detective Superintendent Joanne Rawlinson offers some of the best advice on either side of the Atlantic. She says, “I would urge parents to speak to their children about the app and the best ways to make sure they stay safe. Talking to your child is one of the best ways to keep them safe.”