“Our Reputation is Our Pride, and We Have the Record to Back It Up” Fakhimi & Associates
Contact Us for a Free Consultation
Home
Practice Areas
Serious Injuries
Police Abuse 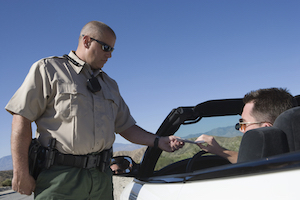 The majority of police officers are dedicated, professional and ethical. Their jobs are difficult, extraordinarily stressful and sometimes, life-threatening.

The government recognized the challenges in granting police officers broad authority to carry out their duties, which includes traffic stops, criminal investigations, searches, seizures and arrests. But this kind of broad power is sometimes abused. In the most egregious cases, this abuse results in severe and lasting physical, emotional, financial and legal consequences to the victim.

Every person has been vested with civil rights that protect against abuses of power. When those rights are violated, action must be taken.

At Fakhimi & Associates, Trial Attorneys, our police abuse lawyers have extensive experience in handling claims against police departments and cities for abuses such as:

Examples of police abuse have seemed rapid-fire in recent years, giving birth to the “Black Lives Matter” movement and other advocacy efforts that focus on racial disparities in criminal justice system, as well as the militarization of police.

Officers are increasingly coming from military ranks. This is not necessarily a bad thing, but citizen policing is totally different than policies and procedures of military policing. But this mindset – and the increasingly militarized training of police – has put the public in an increasingly precarious position. We are not the enemy.

But of course, the issue is not a totally new one, either.

National awareness of police abuse really arose in Los Angeles in 1991, when officers with the Los Angeles Police Department viciously beat suspect Rodney King, a black man, in the course of an arrest. Videotape of the brutal incident resulted in criminal charges for the four officers involved. But when they were acquitted the following year, it set off the Los Angeles riots of 1992, which resulted in more than 50 deaths, 2,400 injuries and $1 billion in financial losses.

That case brought many police agency reforms across the country. But the issue of police abuse has not been eradicated. Most people are unaware of what to do when they find themselves a victim. They aren’t familiar with their rights or the remedies available. This is where we can help.

Police misconduct is any action by a person entrusted with police powers that would violate that trust and exposes the public to an unreasonable risk. Beyond simply tardiness or sleeping on the job, police misconduct involves some violation of departmental policies, constitutional protections or the law. Some examples include:

If you are a victim of police abuse or police abuse or brutality, our experienced California injury attorneys are available to help. We will closely analyze the facts of your case to identify potential civil rights abuses, criminal actions and official misconduct that may have adversely affected you. We carefully research the background of the officer and the policies set forth by the agency itself. From there, we work to formulate the most effective legal strategy for securing monetary compensation.

We recognize for many victims, it’s not about the money. Often what they’ve lost is irreplaceable. But what they’ve endured, they would wish on no one else. And that’s why we fight to hold police officers and their employers accountable.

Title 42, Section 1983 makes it illegal for anyone acting under the authority of law to deprive another of his or her rights under the U.S. Constitution or federal law.

Most often civil cases brought under this statute are for false arrest, false imprisonment, malicious prosecution or excessive or unreasonable force.

Police officers and agencies facing such allegations usually raise a defense known as “qualified immunity.” This means that so long as an officer is performing his or her job properly, the suspect’s rights are not violated. Officers are generally immune from litigation for the performance of their jobs unless the actions are willful, unreasonable and harmful. Mere negligence – the failure to use reasonable care – isn’t enough to establish liability in these cases.

Our legal team has experience in overcoming these challenges.

Recently, the U.S. Supreme Court clarified the term “reasonable” in police abuse cases. In Kingsely v. Hendrickson, the court ruled defendants do not need to prove officers accused of abuse knew their actions could cause undue harm (and were thus unreasonable). Rather, defendants must only prove the force used by police was objectively unreasonable, given the circumstances.

In these cases, we work to prove the actions of the officer exceeded reasonable bounds, violated the plaintiff’s constitutional rights and resulted in physical injury or other harm.

A number of recent incidents of police abuse only came to light after the incidents were filmed on mobile devices.

It’s important to note that California does have a law requiring that all parties consent to have a conversation recorded – BUT courts have ruled this law does not apply when recording on-duty police, so long as you are not interfering with their duties.

Be mindful when recording police to avoid aggressive posture or any sudden moves. The presence of a camera can be a powerful motivator for an officer to abide by the book. It can also be a powerful piece of evidence if the case lands in civil court. But those filming must be cautious.

Beyond that, if you are the victim and the abuse has already occurred, you’ll want to contact an attorney. Generally, it is required that you exhaust all administrative remedies before you can file a lawsuit. That usually means filing a complaint with the agency’s internal affairs department, as well as with the U.S. Attorneys Office or U.S. Department of Justice.

Our compassionate attorneys are prepared to sift through the facts of your case to determine your next step.