“Our Reputation is Our Pride, and We Have the Record to Back It Up” Fakhimi & Associates
Contact Us for a Free Consultation
Home
Practice Areas
Criminal Defense
Sex Crimes
Possession of Pornography

Did you know that Southern California is a major hub of the U.S. pornography industry? In fact, between 60 and 70 percent of all U.S. pornographic films are shot in Los Angeles County. Not all of it is socially or legally acceptable. If you’re facing possession of illicit or obscene pornographic materials, you need more than just a lawyer; you need an aggressive pornography possession litigator who diligently works to protect you and your reputation.

Our Riverside & Orange County pornography defense attorneys at Fakhimi & Associates are well-versed in local, state and federal statutes on pornography and other sex crimes and are dedicated to defending those within the industry from criminal charges.

Pornography is protected under the First Amendment to the U.S. Constitution, which shields freedom of expression. However, obscene pornographic material may lose this protection if it in any way involves minors or if it crosses the line into obscenity.

What is Child Pornography?

Child pornography is generally recognized as images of naked or partially clothed children engaging in sexual acts or suggestively posed in a manner intended to elicit sexual arousal.

Too many times, Los Angeles pornography companies, modeling agencies, and photographers fail to verify the ages of their subjects, leaving them vulnerable to serious charges such as possession or distribution of child pornography. In fact, the charges could even include the sexual exploitation of a child.

Are There Federal Pornography Laws? 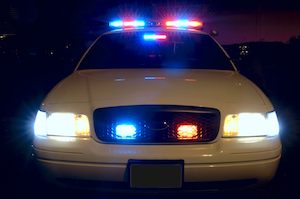 If the images or films travel across state lines (as they typically do if they are in electronic form), federal charges per18 U.S. Code 2251 and 2252 may be applicable. California sentencing guidelines are extremely harsh, routinely resulting in prison terms that meet or exceed the statutory 20-year maximum for such charges.

It’s also not uncommon to see cases where such an issue comes to the attention of producers, who, rather than report it as required by law, will instead attempt to conceal it. This usually makes matters worse. It’s strongly advisable in these instances to consult with an Orange County criminal pornography defense lawyer before contacting authorities, to determine your legal obligations and rights.

It’s worth noting images of child nudity are not enough to trigger a charge; however, it’s a very thin legal line. For example, if a mother takes images of her young children playing naked in the bathtub and shares those images with relatives via e-mail, it should not be considered child pornography. The difference is the lack of intent to elicit sexual arousal.

What is the Miller Test?

When pornographic images do not depict images of minors, they may still be illegal if they are deemed obscene.

The definition of obscenity is extremely subjective, and may vary depending on the community where you live. Case law dates back to the early 1970s. In fact, the U.S. Supreme Court case that defined obscenity actually originated in California. The case was Miller v. California, 413 U.S. 15 (1973).

The court ruled that in order for material to be deemed obscene, courts had to weigh whether:

There is no set national standard regarding what is obscene and what isn’t. It’s the local community that defines it. Basically, the court has said sexual images aren’t generally obscene unless they depict hardcore sexual conduct that is deemed patently offensive; California’s obscenity law is codified in Penal Code 311(a). Still, the tolerance can vary greatly just from city-to-city. So it’s important to seek legal counsel if you are accused of distributing obscenity. 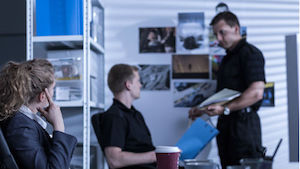 There are also instances when distributing certain images without the permission of the subject can result in criminal charges.

Once scenario we hear about is pornography involving celebrities. Some of the images were created years ago, often before the individual became famous. Others were created more recently, and may have been stored on the individual’s iPad or another device.

Many times, if racy images were stolen via hacking, this can result in federal charges per the Computer Fraud and Abuse Act. The law makes it illegal to intentionally access a computer without or in excess of authorization. So if someone hacks a celebrity’s iCloud and steals nude photographs to distribute, this may be considered a criminal act. Hackers, though, are generally wise enough to avoid capture, either digitally or in the real world.

There is also the possibility of extortion charges (sometimes referred to as “sextortion”). Such was the case for a California teen who was convicted of hacking into computers (including that of high school classmate/Miss Teen USA) and taking nude photographs of teens and young women undressed in their rooms. He then reportedly threatened to make those images public unless they sent him more. He faced up to 11 years in federal prison, but was ultimately sentenced to 18 months incarceration.

Contact the criminal defense team at Fakhimi & Associates to discuss the charges you face. Give us a call at (714) 705-6701 for a free consultation. We proudly serve clients in Los Angeles, Riverside, Riverside and Orange counties.