“Our Reputation is Our Pride, and We Have the Record to Back It Up” Fakhimi & Associates
Contact Us for a Free Consultation
Home
Practice Areas
Criminal Defense
Sex Crimes
Rape

In California, rape is defined as “nonconsensual intercourse between non-spouses achieved through force, threat or fraud or when victim is incapable of giving legal consent”. Further, rape laws also encompass date rape, spousal rape, statutory rape and oral copulation by force. These are all serious charges with serious consequences for the accused. If you’re facing a rape conviction in Riverside, Orange County, or Southern California, choose an experienced and committed criminal defense attorney to protect your rights, your family, and your future.

Most people think of rape as a random attack by a stranger who forces the victim to comply with physical dominance. But rape laws in California are far more nuanced. The Riverside & Orange County rape defense attorneys at Fakhimi & Associates recognize the seriousness of this and other sexual crimes, as well as the potentially devastating impact it can and does have on a person’s future. In addition to the possibility of a lengthy prison term, there is typically a lifelong requirement to register as a sex offender – a label that can render a convict a pariah, with difficulty finding housing, securing loans and finding a job. Once on the registry, it can be nearly impossible to have one’s name removed, even if he has been vindicated. It’s just one more reason why a qualified legal defense is important.

Our goal is to aggressively challenge evidence collected by prosecutors, and work to have assault and/or rape charges dismissed or significantly reduced. Where that may not be possible due to overwhelming physical evidence and/or a defendant’s confession, we will work to introduce mitigating factors that will help to reduce potential penalties so that there are fewer obstacles in the future.

What are the Penalties for Rape in California?

In terms of incarceration, a conviction for rape in California can result in up to eight years in prison, unless the alleged victim was a minor, in which case the maximum sentence is 13 years. More time is tacked on for aggravating circumstances, such as if a weapon was used, defendant was in a position of authority or if victim sustained serious bodily injury as a result of the attack.

Are Innocent People Ever Convicted by Mistake?

It’s a testament to the world we live in, but wrongful arrests and even wrongful convictions are a major problem with sexual assault cases because these are based on one person’s word against another’s. Granted, it doesn’t make for an incredibly strong case for the state, but it may all come down to who is considered more believable. Accusations may be made out of spite or jealousy. Other times, the victim is traumatized and mistakenly identifies the attacker. Eyewitness accounts of crimes are notoriously unreliable, but juries still tend to give them a great deal of weight.

Rape in California is defined as forcing a person to have sexual intercourse against that person’s will, typically through the use of physical force.

Lack of consent doesn’t always mean the victim clearly stated, “No” or pushed defendant away. It could mean alleged victim was too impaired by intoxicants to consent. A person may also be considered unable to give consent if he or she suffered a mental disorder or some physical disability about which defendant knew or should have known. Lack of consent could also mean the victim was unaware of the nature of the act as it occurred.

It’s worth noting it is not necessary for prosecutors to prove prolonged penetration or ejaculation in order to establish a rape happened. Even slight penetration can be grounds for a rape conviction. Further, whether or not a defendant used any form of contraception or whether victim requested has no bearing in a California rape case as such a request alone is not sufficient to prove consent.

Can a Husband Rape a Wife in California? 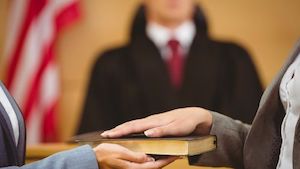 Just because a person consented to past sexual encounters – even if the pair is married –does not mean there is complicit consent for future encounters. And if alleged victim granted consent – and then at some point withdrew it – whatever sexual contact continues beyond that point is deemed rape.

But while prior consent, initial consent and requesting contraception may not be enough for a defense win in a rape case, those details could still be important. An alleged victim who gave consent in the past or who did so at the start of an encounter and asked for some form of birth control may help form the basis for the argument of the defendant’s reasonable belief of consent.

What may not be used to your advantage is the alleged victim’s prior sexual conduct or reputation. This is what is known as the “rape shield law.” This is intended to protect the rights and privacy of rape victims. Our experienced Orange County rape defense attorneys are prepared to help you formulate the best defense for your case.

Contact the Criminal Defense Team at Fakhimi & Associates at (714) 705-6701 or (909) 859-0280 for a free consultation. These are often emotional, psychologically draining and difficult cases. You can be sure your case will be given priority and our criminal defense attorneys will represent our clients aggressively in order to protect his name, his future and his family from charges that destroy so many.