“Our Reputation is Our Pride, and We Have the Record to Back It Up” Fakhimi & Associates
Contact Us for a Free Consultation
Home
Practice Areas
Criminal Defense
Robbery & Burglary

Did you know there are more than 220,000 burglary arrests in California every year? Not only that, but according to the California Department of Justice, on average, there are more than 65,000 arrests made for these charges. If you have been arrested for robbery and burglary in Riverside or Orange County, you need a qualified criminal defense lawyer who can aggressively represent you and protect your rights. Like many laws, the laws that define the process for convicting defendants for robbery and burglary are varied and contain nuances that only a qualified criminal lawyer can navigate.

Our team of experienced burglary lawyers in Orange County, CA have fought for clients for more than two decades. We’ve represented our clients throughout Los Angeles, Riverside, and surrounding areas.

A conviction for burglary or robbery can negatively impact virtually every aspect of a defendant’s life. Loss of employment or the inability to land decent employment are common consequences of having a California theft conviction on your record. In some cases, a conviction can count as a strike under the state’s three-strikes law. Even in cases where probation is offered in lieu of jail or prison time, failure to comply with the terms of release can result in very serious consequences – including sentencing on the underlying charge with little or no opportunity to mount a defense should subsequent violations occur.

What’s the Difference Between Robbery and Burglary?

Many people believe the two crimes are interchangeable, but there are significant differences.

In California, theft is taking someone else’s property without commission and with the intent of keeping it, which deprives the owner of its use. Property theft means, quite simply, the theft of property. It most often includes money or other physical goods like a car or jewelry, but it’s not limited to a few material items.

On the other side, robbery includes theft, but also includes the use of force or the threat to use force. Note that robbery is charged only if you take the property. Specifically, it’s defined as “the felonious taking of personal property in the possession of another, from his personal or immediate presence, and against his will, accomplished by means of force or fear.” Threatening to steal the property or threatening to cause injury to someone if they don’t release it is a crime, but it only becomes robbery if you take possession of that property.

In some cases, robbery may be charged without force or fear, particularly when a defendant resists attempts by a victim to regain possession.

Use of a gun during the commission of a robbery can result in a mandatory 10-year prison sentence, even for a first-time offender. 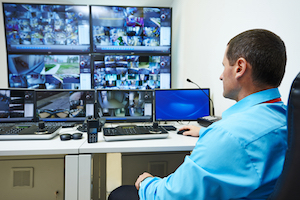 Burglary typically includes theft; however, simply entering a structure: a building, a car, a boat, with the goal of committing a crime equates to a burglary charge. For example, if you break into a warehouse because you heard there was a shipment of valuable goods being stored, but ultimately you don’t steal anything, you’ve still committed burglary. Note that burglary laws in California have become broader in recent years. Specifically, a “structure” now includes nonresidential buildings, natural formations such as caves, and even temporary structures such as tents.

Another important element to burglary laws is that just because force isn’t used doesn’t mean one’s not committed burglary. It’s not defined by the energy exerted by someone to enter, but the fact that one entered unlawfully.

Are There Many Robbery and Burglary Arrests in Orange County CA?

Arrested for Robbery and Burglary in Riverside or Orange County? 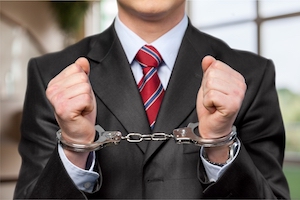 If you’ve been arrested for robbery and burglary, it’s understandable to feel overwhelmed. Your first best move should be to contact a qualified criminal defense lawyer who can not only successfully navigate your case, but who will take the time to explain the specifics associated with the charges you’re facing. Our Riverside & Orange County robbery and burglary defense lawyers will carefully review your case and will then work with you to determine your best defense. There are many dynamics associated with these cases from a legal perspective. For instance, our defense team will review probable cause, any search warrants law enforcement has secured, whether there were any improper moves made by law enforcement and whether or not your arrest was improper in any way. It may be that a reduction or even a dismissal of the charges is in order.

Remember, if you’ve been arrested, don’t underestimate the power of exercising your Miranda rights. As defense attorneys, we strongly encourage defendants to remain silent and avoid giving a statement prior to speaking with legal counsel. You can be sure every word you say is documented, and you don’t want a seemingly harmless comment to come back a year from now and wreak havoc. Ask to speak to an attorney and then exercise that right to remain silent.

We have guided Southern California clients for many years as they’ve moved through the state’s criminal court system. We invite you to contact us today to learn more about your legal rights and your options if you’re facing robbery and burglary charges. It’s a battle you don’t have to fight alone and it’s also one that you don’t want to trust just any lawyer to handle. Opt for experience and expertise to better protect your future and your family.