“Our Reputation is Our Pride, and We Have the Record to Back It Up” Fakhimi & Associates
Contact Us for a Free Consultation
Home
Practice Areas
Criminal Defense
Sex Crimes

A sex crime conviction carries with it a severe social stigma and oftena label that can shadow a person for the rest of their life.

The California Department of Justice reports between 7,500 and 9,000 forcible rape allegations are made in the state every year, with more allegations in other sex-related offenses.

Unfortunately, too many people are charged with sexually motivated offenses founded on accusations by people who are mistaken, jealous or even manipulated. This fact has become glaringly apparent in recent years; as new DNA evidence has disproven cases were defendants were locked up for decades based on shoddy evidence or sloppy police investigations.

The Southern California sex crime lawyers at Fakhimi & Associates know evidence in sex crimes cases is often subjective and easily challenged. Even when the facts seemed stacked against you, you need experienced expert guidance. Our criminal defense lawyers have decades of experience and our team is current with the latest in DNA and other forensic breakthroughs responsible for freeing many wrongly convicted of sex crimes in California. We are dedicated legal advocates for every client we represent.

Sooner is Better in Contacting a Sex Crimes Defense Lawyer

The most important step you can take after being charged with a sex crime or being notified of an investigation is to begin building your defense immediately. The sooner you involve a sex crimes lawyer, the better.

In many cases, a suspect is aware of an ongoing sex crime investigation prior to arrest. Consultation at this phase is especially helpful because we work to coordinate client discussions with law enforcement. No one wants to be seen as uncooperative, but our goal is to find the balance between remaining cooperative while also not leaving you vulnerable because of your cooperation. In Riverside & Orange County, sex crimes are investigated by experienced, seasoned law enforcement investigators. Answering questions without an experienced attorney present is always ill-advised. Even the innocent regret it.

What are Sex Crimes in California?

In California, sexual offenses run the gamut and include sexual battery, statutory rape, forcible rape, internet sex crimes, child pornography and more. Few are misdemeanors and the majority are extremely serious felonies. Some statutes focus heavily on a person’s intent, rather than actual deeds. Others cover behavior that is just generally deemed inappropriate.

Our legal team has represented numerous defendants accused of serious sex crimes in Orange County, Riverside, Los Angeles and Riverside counties. We recognize in some cases, even a first-time conviction, can result in a life-long prison sentence.

Even when consequences are less severe, conviction can result in the loss of one’s job, the destruction of personal relationships and a sullied reputation.

Will I Have to Register as a California Sex Offender?

In certain cases, a person convicted of a sex crime will be required to register with local law enforcement and the Department of Justice as sex offenders. This requirement can last a few years or the rest of their lives. Failure to adhere to strict guidelines set forth in these statutes can cost an offender years in prison. We know the long-term consequences in the lives of those who are on the sex offender’s directory, and it’s just one more reason why these sexually motivated crimes require a strong defense.

What are Some of the Sex Crimes Defense Strategies?

The defense approach taken in these cases depends heavily on the type of sex crime charges and the circumstances of the case.

From a general perspective, innocent people are often wrongly accused of rape, sexual assault and other sex crimes in Riverside, Orange County and throughout our state. Sometimes, we know a sexual encounter occurred, but there is a dispute about whether it was consensual or whether the accuser could actually offer consent (due to intoxication, mental impairment, age, etc.).

In those instances that involve two adults, our defense strategy might include: 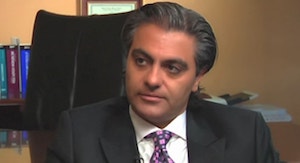 In cases involving child accusers, we generally cannot argue consent unless the accused was also a minor. Cases involving minors who are 16 or 17 are generally prosecuted under statutory rape laws. For minors who are 14 or 15, consent may not be given except when the accused is more than 10 years older than the child. Children under 14 generally cannot give consent. If the accused is an adult, a conviction under P.C. 288 can result in lengthy prison sentence – generally a maximum of 8 to 16 years, depending on the nature of the offense and how often it was repeated.

Even minors accused of sex crimes may face severe punishments, and may in some circumstances be tried as adults. It is imperative for anyone accused of a sex crime in California to immediately contact an experienced legal defense firm that specializes in sexual assault and other sex crimes defenses. Choose an attorney who understands the complex sexual assault laws. There’s too much at stake to not make the right choice.