“Our Reputation is Our Pride, and We Have the Record to Back It Up” Fakhimi & Associates
Contact Us for a Free Consultation
Home
Practice Areas
Criminal Defense
Sex Crimes
Sexual Battery

Sexual battery is a serious criminal offense in California. An arrest is a signal that investigators have probable cause to suspect someone. If you’ve been arrested or named as a person of interest or even if you’ve been asked to answer a few questions as a witness, before you agree, you should consult an experienced and qualified sexual battery attorney who can protect your rights, even if you don’t believe your answers would invite scrutiny.

Given the complex nature of sex crime investigations and prosecutions, it’s imperative the accused seek counsel from a highly-experienced legal team. The Southern California sexual assault lawyers at Fakhimi & Associates have successfully defended clients in Orange County, Riverside and Riverside counties against such damaging accusations. You can pick up the pieces once you’re exonerated, but it’s a bell you can’t unring. Take a proactive stance today so that you’re not forced to provide a reactive and defensive stance tomorrow.

What are the Penalties for Sexual Battery Convictions?

Penalties vary depending on whether there were aggravating factors and defendant’s prior criminal record. Both sexual battery and rape are considered “strikes” per California’s Three Strikes law. For someone with a prior serious felony conviction, a new felony conviction could mean nearly 20 years in prison. For someone with two priors, it could mean 25-years-to-life behind bars. With these types of significant penalties, if you’ve been charged with sexual battery, the choice you make in a criminal defense lawyer will affect the rest of your life. Choose wisely.

Even assuming long-term incarceration is avoided, one might still be slapped with a “sex offender” label, a public designation that is very much stigmatized and an impediment to education, employment, and relationships. Worse, your name will be added to the sexual offender’s registry.

Aggressively challenging sexual battery charges is necessary to avoid this outcome and to protect your future. Our Riverside & Orange County sexual battery attorneys are experienced and aggressive litigators who have successfully represented these cases for years.

Is it Sexual Battery or Rape?

Sexual battery is defined in California Penal Code 243.4 as the unwanted touching of another person’s intimate parts for purposes of sexual gratification, arousal or abuse.

The statute is sometimes referred to as California’s sexual assault law, but it differs slightly from the charge of rape, as outlined in California Penal Code 261. Rape is defined as non-consensual sexual intercourse achieved through threats, force or fraud.

The Primary Difference Between “Sexual Battery” and “Rape” is Intercourse 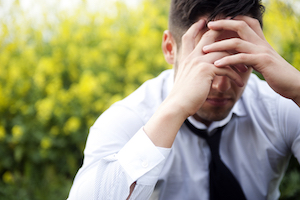 While sexual battery may be filed as either a misdemeanor or a felony, depending on the facts of the case, rape is always deemed a felony, punishable by up to eight years in prison, or more if the alleged victim suffers great bodily injury or there are other aggravating factors.

In some instances, unwanted sexual touching can be filed simply as a battery charge, per California Penal Code 242. This would be filed in cases where accused did not touch alleged victim’s intimate parts, but caused the victim to touch an intimate part of the accused without consent. This is often a misdemeanor, punishable by up to six months in county jail and a maximum $2,000 fine.

While authorities will often charge a defendant with one or the other, it’s not unheard of for an individual to face each of these charges in connection with the same incident. Our assault and battery defense lawyers will fight for the best possible outcome in your case.

It’s important to know a person may be charged with sexual battery even if offender and victim were engaged in an ongoing, sexual relationship. All it takes is a single, non-consensual sexual encounter for charges to be filed.

There is no such thing as a “typical” case, but generally, when sexual battery is filed as a misdemeanor, it is absent force or threat and no one has been seriously physically harmed.

What elevates the charge from a misdemeanor to a felony are aggravating factors.

In Orange County and throughout California, these can include:

Understand that to “touch” another person, as defined in this statute, can mean either direct flesh-to-flesh contact with the intimate part, but it can also mean through one’s clothing. In order to be charged with felony sexual battery, the victim’s bare skin must be involved. It will not be considered a felony if the sexual contact occurred through alleged victim’s clothing.

Consent, in order to be considered valid, must be given freely and voluntarily. If a person is considered incapable of giving consent (i.e., due to age or mental state) or if consent is obtained through fraud or threat, it is not considered valid and the defendant may still be charged with sexual battery.

How can I Fight Sexual Battery Allegations? 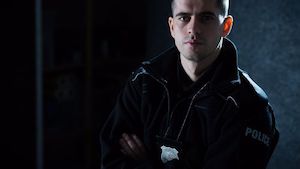 The good news is there are a number of effective defenses that may help the accused avoid conviction. The better news is that our Riverside & Orange County offices are home to some of the most experienced and knowledgeable sexual battery attorneys in the state.

Insufficient evidence is often an effective defense. The state is required to prove beyond a reasonable doubt all of the elements of the crime and aggravating factors. It is well-known sex crimes are some of the most difficult to prosecute, particularly without hard evidence such as DNA, video or a confession. Prosecutors well understand the difficulty, and may be more open to extending a plea deal that is advantageous to the defendant.

If there is any indication evidence may have been collected improperly, there may be an opportunity to seek a motion to suppress some of the most critical elements.

While there may be some ambiguity or gray areas in many of these cases, sometimes, allegations are flat-out false. In these cases, there is often very little evidence for prosecutors to hang their case, and we will fight aggressively to have the charges dismissed.