“Our Reputation is Our Pride, and We Have the Record to Back It Up” Fakhimi & Associates
Contact Us for a Free Consultation
Home
Practice Areas
Criminal Defense
Sex Crimes
Solicitation of a Prostitute

Solicitation of a Prostitute

An arrest for soliciting the services of a prostitute in California can be an embarrassing, exhausting and overwhelming experience. It can sometimes lead to the loss of jobs, marriages and the respect of those who are important in your life. Don’t fall into the trap of believing the fastest route is the quietest route to the other side of solicitation charges. Contact our Riverside & Orange County defense attorneys today to discuss the solicitation charges you’re facing. Whether the encounter was a misunderstanding or a defendant used poor judgment, simply pleading guilty or seizing on the first offer extended by prosecutors is rarely advantageous to a defendant.

Understandably, many who have been arrested in Riverside or Orange County for soliciting the services of a prostitute simply want to wake up from the nightmare they feel like they’re living. Often, feeling as though they’re at the mercy of law enforcement or the state, they will do whatever is asked in hopes it will bring a fast ending to an otherwise embarrassing ordeal. The Southern California prostitution attorneys at Fakhimi & Associates know this is a mistake.

The problem is a conviction on a solicitation charge goes on your permanent record and will follow you for years to come. Charges such as these are often defensible, and a conviction can often be avoided, particularly if it’s your first offense.Coping with an arrest is difficult enough, and we understand no one wants a lengthy and very public court case.

A qualified Orange County solicitation attorney is the one thing you do want. Our defense attorneys are compassionate and non-judgmental. More importantly, we have successfully negotiated argued reduced charges for our clients over the years, and suddenly, the client realizes he now faces something as minor as trespassing or disturbing the peace – something that will not be detrimental to our client’s family, his career or his future.

What Does the California Penal Code Say about Solicitation?

State law prohibits offering sexual favors for money or requesting it. Specifically, California Penal Code 647(b) states it is against the law to actually engage in sex or sexual acts for compensation or to solicit prostitution. The latter can mean either offering someone compensation in exchange for performance of sex acts or by agreeing to accept money in exchange for giving sexual favors or engaging in sexual acts. 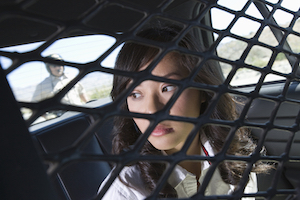 Even if the sexual act was never carried out, a person can be arrested and charged. That’s why law enforcement agencies conduct so many undercover “sting” operations, hoping to net quick, easy arrests. Notice of these arrests – with mug shots – are paraded on local news websites, touting law enforcement’s “success” in clearing the streets of those who were soliciting the services of a prostitute in Riverside, Orange County, and Southern California.

But that only tells half the story. Rarely do those news outlets follow up to report convictions.

The truth is, many of those “sting” operation arrests end up being dismissed or the charges significantly reduced because the state either lacks evidence or the evidence that is available was obtained unlawfully. This is not to say the charge shouldn’t be taken seriously. Defendants are not likely to see a favorable outcome absent solid legal representation.

A conviction for prostitution or solicitation of prostitution in California is a misdemeanor. A first-time offender will face up to six months in jail and a fine of up to $1,000. There may also be a mandatory AIDS Testing & Education course required, as well as summary probation. Plus, your driver’s license may be suspended for up to 30 days, and a restricted license could be required for up to six months.

If the offense occurred in your vehicle, police could potentially seize the car and keep the proceeds from its sale under the state’s asset forfeiture laws.

Finally, a judge might impose sex offender registration. It’s not mandatory, and it’s relatively rare in prostitution cases, but it’s not unheard of.

What is Pimping and Pandering?

Also related (though not as common) is the charge of “pimping and pandering,” as outlined by California Penal Code 266h and266i and also in Penal Code 653.23, which covers supervising or aiding a prostitute.

Pimping is defined as either knowingly taking financial support or earnings from someone engaged in prostitution or attempting to secure customers for a prostitute. Pandering involves procuring a person for the purposes of prostitution, persuading or encouraging someone to become a prostitute or work in a house of prostitution.

Typically, it is easier for county prosecutors to prove supervising or aiding as opposed to pimping and pandering. Actually, lawmakers specifically passed this measure for the express purpose of making it easier to convict so-called “pimps.”

Are There Other Charges Besides Soliciting the Services of a Prostitute?

There are other criminal charges that law enforcement might charge, including:

Lewd Conduct: This is a type of disorderly conduct of engaging in or soliciting someone to engage in lewd acts in public places or anywhere open or exposed to public view.

Indecent exposure involves willfully and lewdly exposing intimate parts in a public place where others are likely to be offended or annoyed or to procure, counsel or assist someone to do so.

Human trafficking is depriving someone else of personal liberty with the intent to force him or her into labor or services. In cases where those services involve sexual servitude, the maximum penalty is 20 years in prison and a fine of up to $500,000.

What are the Legal Defenses to Solicitation and Prostitution? 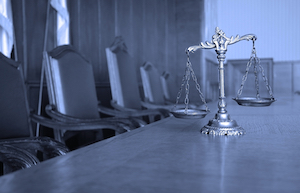 Fighting these charges, even if they are seemingly minor, is advantageous to a defendant. There are a number of effective defenses to prostitution-related charges. These might include entrapment, lack of evidence, insufficient evidence or other legal defense strategies.

Riverside & Orange County prostitution attorneys often seek to have their clients’ charges reduced to either trespassing or disturbing the peace. This allows the defendant to avoid the stigma of a conviction for prostitution or a conviction of solicitation.

If you were arrested for soliciting the services of a prostitute, contact the Orange County criminal defense team at Fakhimi & Associates today.