“Our Reputation is Our Pride, and We Have the Record to Back It Up” Fakhimi & Associates
Contact Us for a Free Consultation
Home
Articles
Sports Teams in Orange County 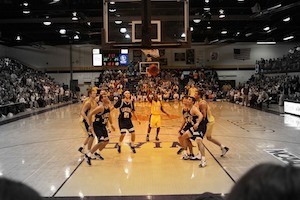 Los Angeles Angels of Anaheim is the most visible professional sports teams in Orange County, California. Often referred to as the Los Angeles Angels, this pro baseball team’s loyal followers are dedicated and have nothing but faith in their favorite team. The team’s home is in Anaheim, California and more specifically, Angel Stadium. It’s part of the American League West division. The team was originally bought in 1961 by Gene Autry, a well-known singer and entertainer from the 1960s. The team has faced challenges over the years, but in recent years, it’s found its footing again and has become a formidable team. Most recently, Mike Trout is coming off the disabled list, just in time to meet a few challenges before the season ends.

There’s more to professional sports that football and baseball. The Anaheim Ducks are a popular hockey team with an impressive win history, complete with a complete cheer team known as Power Players, a group of high energy and highly trained people who energize the crowds on the ice. Currently, their home is the Anaheim Regional Transportation Intermodal Center (ARTIC), a magnificent artistic building that is breathtaking each time visitors make their way to the red tinted domed wing. The Anaheim Ducks are members of the Pacific Division of the Western Conference of the National Hockey League.

From the national teams to college teams, we take a look at Cal State Fullerton Titans, members of the Big West Conference. The backstory with this college team is found with Tuffy the Titan, an elephant mascot. Soon, Tuffy’s image was adopted, and his picture began showing up on different marketing merchandise, such as tees, notebook covers, and more. It was unofficially adopted during the 1960s. In 1992, Tuffy met the love of his life, Tiffy and now she remains at home while Tuffy fills his obligations to the team as its mascot.

Interesting as the mascot story is, many don’t know that the students decided on many of the elements of the mascot and colors. Early on, royal blue and white was chosen. The athletic director decided he needed something a bit different; an elephant is the mascot, after all. Soon, the team colors transitioned to orange and navy blue. It would take more than ten years for the colors to be formally accepted, but the wait was worth it, and the colors are striking.

UC Irvine Athletics and the Anteater

Another interesting mascot is found with the UC Irvine Athletics and its mascot, the anteater. This incredible baseball team is dedicated to a team effort. Most recently, the team has kicked off its summer leagues, where many players will travel across the country, including three players who will become part of the Cape Code League on the East Coast. Other players will become a part of either the Chatham Anglers or Yarmouth-Dennis. This will keep their skills sharp and their minds focused for future seasons.

Sports teams in Orange County, California are not excessive, but the teams that are part of the community know how important the support is from fans of all ages.