“Our Reputation is Our Pride, and We Have the Record to Back It Up” Fakhimi & Associates
Contact Us for a Free Consultation
Home
Articles
State of California Tightens Gun Laws for 2017 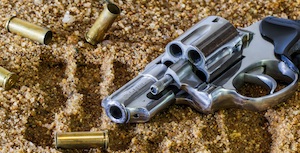 California’s new gun laws are arguably the toughest in the United States. Sweeping changes to California’s gun laws are going into effect in 2017, and gun owners need to know about them. Some of the changes became law on January 1st. More new gun laws will go into effect on July 1st. The new laws are aimed at making it more difficult for criminals to obtain guns, but many of the state’s gun enthusiasts are not happy.

Tav Green, for example, was interviewed while taking target practice at the Manteca Sportsmen Club House. He told KXTV News, “I think the way that it’s being done is flawed. I think we should be enforcing the laws that we currently have.”

What new California Gun Laws Went Into Effect in 2017?

The legal definition of “assault” weapons in California now includes centerfire rifles and semi-automatic pistols that do not have fixed magazines. Assembly Bill 1135 and Senate Bill 880 have expanded the definition an assault weapon and furthered the ban on large guns. As of January 1, 2017, all AR-type firearms and even some hunting rifles may no longer be sold legally in California.

Those who already own such a weapon have until December 31, 2017 to re-register their firearm with the California Department of Justice. In a press release, Assemblymember Marc Levine said, “This legislation closes a loophole in law that allows military-style assault rifles to be sold legally in California.” The legislation also closes the “bullet-button” loophole for guns manufactured and sold in response to California’s original ban on military-style assault rifles. An assault weapon or rifle cannot be transferred, sold to, or inherited by a family member unless it is rendered permanently inoperable.

Assembly Bill 1151 forbids a gun owner to loan a firearm to anyone outside of his or her immediate family. There’s an exception for hunting guides, who may loan firearms only to those with hunting licenses and only during hunting season. Assembly Bill 1695 makes it a crime to report falsely that a firearm has been lost or stolen. The bill is meant to stop “straw purchasers” who buy and resell weapons to those who cannot pass background checks and then report the weapons as lost or stolen. If you are charged with violating any gun or weapons law in this state, you’ll need to consult at once with an experienced Orange County criminal defense lawyer.

Also as of January 1, 2017, law enforcement officers must adhere to the same rules as civilians by locking handguns in a trunk or an out-of-view container in unattended vehicles. Senate Bill 869 is a response to crimes committed with weapons stolen from law enforcement officers. State Senator Jerry Hill issued a statement that reads: “Officers’ guns must be securely stored if they are left in vehicles. This is a matter of basic public safety and common sense.”

What new California Gun Laws Will go Into Effect on July 1, 2017?

In July, another new law about reporting lost and stolen guns will take effect. It’s part of Proposition 63, which was approved by California voters in November. Beginning July 1st, gun owners in this state will have five days to report the loss or theft of a firearm, and firearms dealers in California will have forty-eight hours to report the theft or loss of weapons or ammunition.

Also beginning on July 1st, it will be illegal in California to own large-capacity magazines that hold more than ten rounds. Senate Bill 1446 compels anyone who owns a large-capacity magazine to destroy it, take it out of the state, sell it to a licensed firearms dealer, or surrender it to a law enforcement agency by July 1st. A gun owner’s failure to comply will result in a fine of at least $100.

Exceptions will be allowed for the holders of special weapons permits, law enforcement officers in the line of duty, props used in television and film productions, displays in institutions or historical museums, and retired peace officers who are also licensed gunsmiths. Owners who purchased a weapon with a high-capacity magazine prior to the year 2000 may keep the magazine provided it is used only with that specific firearm. Firearms manufactured before 1899 and certain pistols designed for Olympic target-shooting events are also exempted.

Are There Other new California Gun Laws?

Senate Bill 1235 will take effect in 2019. It will require IDs and background checks for ammunition purchases in California, and it will also establish a statewide database to track ammunition purchases. Small gun shop owners are concerned that the technology for the data-base will be costly and may even put them out of business. Senate Bill 1235 makes it a crime for a person, corporation, firm, or other party to provide ammunition to an individual that they know or have cause to believe is not the actual purchaser or transferee of the ammunition or know or have cause to believe that the ammunition is to be sold or transferred to a person prohibited from possessing or owning ammunition.

After signing six new gun laws in 2016, Governor Jerry Brown issued a statement that said in part: “My goal in signing these bills is to enhance public safety by tightening our existing laws in a responsible and focused manner, while protecting the rights of law-abiding gun owners.” In reaction, the National Shooting Sports Foundation released a statement saying that it is “disappointed that Governor Brown chose to sign into law these highly restrictive and unneeded gun control measures.”

If you are charged in southern California with any violation of a gun law, discuss your legal situation with an experienced Orange County criminal defense lawyer. If you are employed in law enforcement, private security, or firearm sales, losing your firearm rights could mean losing your job and having fewer employment opportunities in the future. A conviction for a domestic violence crime can also trigger the loss of your firearm rights in this state.