“Our Reputation is Our Pride, and We Have the Record to Back It Up” Fakhimi & Associates
Contact Us for a Free Consultation
Home
Practice Areas
Criminal Defense
Sex Crimes
Statutory Rape

The term “rape” is a powerful one that conjures an emotional response from many people – and rightfully so. It’s a dark element of human nature that few are comfortable even considering. But statutory rape is viewed through a different lens. If you’re facing a statutory rape conviction, don’t waste another minute. Contact our Riverside & Orange County sexual assault attorneys today. You may have legal options you’ve not considered.

What Happens if the Victim Insists it was Consensual?

In statutory rape cases, it’s not uncommon for the case to be filed by a concerned or panicked parent who has just learned his or her teen has become sexually active. By the time law enforcement speaks with the victim, the facts roll out, including the victim insisting it was consensual. The law does not see it that way, however. In fact, in most California statutory rape cases, the victims are not old enough to provide consent.

The Southern California statutory rape attorneys at Fakhimi & Associates knows these cases can be filed as either misdemeanors or felonies, depending on various aggravating or mitigating factors. Note too that juveniles can be convicted of statutory rape of another juvenile. Those cases would be handled in juvenile court.

The truth is teens are sexually active, even relatively young teens. Many of these encounters are actually initiated by the minor. Many allegations are the result of jealousy, revenge or anger, and sometimes, the defendant is entirely innocent from the start.

The major determining factor in how a California statutory rape case is prosecuted is the age gap between the two parties involved.

For example, a 19-year-old who has sex with his 17-year-old girlfriend has committed statutory rape, because his girlfriend is still underage. Most likely, though, prosecutors will charge him with a misdemeanor, punishable by up to one year in jail. Keep in mind, even being charged with a misdemeanor can have serious consequences. It’s important to have an attorney familiar with California’s statutes to guide you through the process and ensure the best possible outcome is negotiated on your behalf.

If, however, that relationship involves one person who is over the age of 21 and another who is younger than 16, it’s probably going to be prosecuted as a felony. In that case, the defendant could serve up to four years in state prison.

What Must be Proven in a Statutory Rape Prosecution?

There are three primary elements the state has to show in order to convict a defendant of statutory rape.

Prosecutors do NOT have to prove: 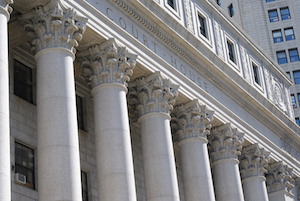 The truth is, many teens are concerned about their reputations and worry about how their friends will react. Whether it’s the accused who’s a football or baseball star in his high school or the quiet science student who keeps to herself, at that age, they’re worried about things that their parents may not have considered. Sure, cooler heads prevail in some cases, but in others, a concerned parent is determined to protect his or her child, especially if that child is nearing his or her 18th birthday, which is the age of consent in California.

As we mentioned earlier, there are some cases in which juveniles may be prosecuted for statutory rape. So technically, a person can be both a victim and perpetrator of statutory rape. Admittedly, prosecutors don’t make this a priority, and it’s rare. But it has happened. It usually becomes an issue when a California district attorney is attempting to use it as leverage with defendant on another matter.

What is the Punishment for Statutory Rape in California?

The kind of punishment defendants face in statutory rape cases depend largely on whether charges are filed as a misdemeanor or as a more serious felony offense.

That is largely up to the prosecutor, who will weigh a host of potential factors, starting with age.

In cases where the defendant is less than three years older than the alleged victim, the case is going to be filed as a misdemeanor.

For cases involving a wider age gap, prosecutors have the discretion to determine whether to file a misdemeanor or felony charge.

If the defendant is 21 or older and alleged victim is younger than 16, here again, the prosecutor can decide whether to file a misdemeanor or felony. However, the chances prosecutors will file a felony in this scenario are elevated.

In “wobbler” cases, prosecutors will consider the facts of the case, as well as defendant’s criminal history.

A defendant who is charged with a misdemeanor may face:

A person charged with felony statutory rape may face:

This does not solely involve alleged victim’s assertions that she was over-18, though that could be helpful. We might also analyze his or her general appearance and attire, as well as where the pair met. For example, if a couple meets a 21-and-over nightclub, there could be an honest and reasonable belief by both parties that each is over 21.

While consent is not a defense to statutory rape, our team will aggressively examine the veracity of the underlying claims to determine whether there is any evidence they have been made falsely.

Otherwise, we will seek to mitigate the damage by requesting a reduced charge or lowered penalties, particularly for first-time offenders.