“Our Reputation is Our Pride, and We Have the Record to Back It Up” Fakhimi & Associates
Contact Us for a Free Consultation
Home
Articles
The Consequences of Welfare Fraud in the State of California

The Consequences of Welfare Fraud in the State of California 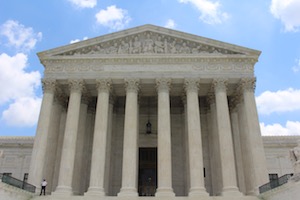 Two different categories of welfare fraud constitute crime against the taxpayers and against the legitimate recipients of government benefits. Welfare “recipient fraud” happens when people give false or inaccurate information to obtain welfare, food stamps, or other public benefits they are not entitled to. “Internal” welfare fraud happens when a government agency’s employee knows that one or more benefit recipients are ineligible but nevertheless assigns or distributes benefits to those persons.

How serious is a welfare fraud charge in California? Most welfare fraud charges are what the law calls “wobblers,” meaning that a prosecutor may file the charge as a felony or as a misdemeanor, depending on the facts of the case and the defendant’s previous record, if any. However, even a misdemeanor conviction for welfare fraud can mean fines, restitution, probation, and possibly time behind bars. In some cases, leniency may be offered to a defendant who can pay back all or a substantial part of any fraudulently obtained benefits.

What is the Precise Definition of Welfare?

This is a general look at the types of welfare fraud practiced in California and the penalties for those who are convicted of welfare fraud. In a general sense, “welfare” is defined as public assistance aimed at helping persons who are unemployed or underemployed.

Federal and state welfare benefits are available through a variety of programs. State benefit programs in California include:

Under California law, when someone applies for public assistance, and that applicant makes a false statement or fails to report pertinent information with the intention of obtaining benefits the applicant is not entitled to, it’s welfare fraud. Of course, every case is different, and anyone in Southern California who is accused of a specific instance of welfare fraud should discuss the details of the case with an experienced Orange County criminal defense attorney who can explain your legal rights and options.

More precisely, welfare fraud (commonly referred to as food stamp fraud) can be defined as:

How is Welfare Fraud Investigated?

Authorities launch a food stamp investigation of recipient fraud by contacting the recipients in question and asking about the benefits they receive and the information they provided. Investigators may speak with co-workers, family members, friends, and neighbors to gather additional evidence. In California, when the relevant evidence regarding suspected welfare fraud has been compiled, a deputy district attorney reviews the evidence to decide if a criminal prosecution is called for. Recipient fraud can be committed in various ways, but these are some welfare fraud examples that some people use to obtain benefits fraudulently in California:

Internal welfare fraud – the “inside job” – happens when an employee of a government agency responsible for welfare falsifies an application for unqualified friends or family members – usually for a share of the fraudulently obtained benefits. Workers may create fictitious children, make false claims about income, or fail to report facts which would disqualify these friends or family members from receiving legitimate benefits. Public employees convicted of internal welfare fraud may also face charges for embezzlement.

What are the Penalties for Welfare Fraud in California?

Anyone who is convicted of making a false or a misleading statement to obtain welfare benefits can be charged in California with a misdemeanor. A conviction is punishable by up to six months in jail and/or a fine of up to $500. However, if a welfare applicant files a fraudulent application (as opposed to merely making a false or misleading statement), a California prosecutor may file the charge as a felony or as a misdemeanor. Filing a fraudulent application includes:

Government employees convicted of embezzlement in connection with welfare fraud face up to three years in state prison, and if the funds embezzled surpass $65,000, another one to four years can be added to the sentence. In welfare fraud cases, prosecutors are mainly interested in recovering illegally-obtained funds. If a welfare fraud defendant can repay all or a significant portion of the money, the state may be willing to lower the charge or agree to a lighter sentence.

Anyone accused of welfare fraud in Southern California will need to obtain legal assistance by contacting an experienced Orange County criminal defense attorney. If you are charged with welfare fraud, it is the state’s job to prove your guilt beyond a reasonable doubt, and in welfare fraud cases, that’s often difficult to do. A good California defense attorney will find any flaws or mistakes in the case against you and fight aggressively for justice on your behalf.