“Our Reputation is Our Pride, and We Have the Record to Back It Up” Fakhimi & Associates
Contact Us for a Free Consultation
Home
Articles
The Truth About Gangs in Los Angeles

The Truth About Gangs in Los Angeles 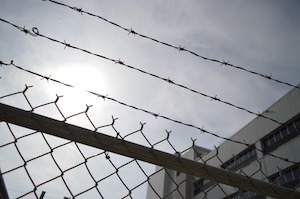 Criminal street gangs have been a part of life for hundreds of years. The 2002 Martin Scorsese film Gangs of New York shows that Irish gangs were active in New York City even before the Civil War. As you probably know, criminal street gangs have long been a serious crime problem in Southern California. Gang violence accounts for many – if not most – of the drive-by shootings, home invasions, and robberies committed in the Los Angeles area. Hundreds of different gangs operate in Los Angeles – more than any other city in the nation, according to a 2012 study published by the Centers for Disease Control and Prevention.

Gangs in Los Angeles divide primarily along neighborhood and ethnic lines. Law enforcement officials estimate that more than 400 separate gangs operate in the City of Los Angeles with about 40,000 members. The FBI estimates that in the entire seven-county region (San Luis Obispo, Santa Barbara, Ventura, Los Angeles, Riverside, San Bernardino, and Orange counties), as many as 1,350 street gangs are active with as many as 175,000 members.

The California Penal Code defines a “gang” as “any ongoing organization, association, or group of three or more persons, whether formal or informal, having as one of its primary activities the commission of one or more of the criminal acts enumerated in paragraphs (1) to (8), which has a common name or common identifying sign or symbol, whose members individually or collectively engage in or have engaged in a pattern of criminal gang activity.” The “criminal acts enumerated” by the statute are:

Additionally, the California Penal Code defines a “gang member” as “any person who actively participates in any gang with knowledge that its members engage in or have engaged in a pattern of criminal gang activity, and who willfully promotes, furthers, or assists in any felonious criminal conduct by members of that gang.”

How Long Have Gangs Been Active in California?

Criminal gangs in the Los Angeles area include Hispanic, black, Asian, and white gangs. Although gang activity in Los Angeles can be traced back to the 1920s, gangs grew at a frightening pace in Los Angeles in the 1980s and 1990s. While gang activity has declined slightly since those decades, the gangs are still a top concern for Southern California’s law enforcement agencies.

Gangs establish their own unique symbols, nicknames, tattoos, and graffiti. Gang members use these symbols to demonstrate gang allegiance, strengthen participation, and challenge rivals. Gang memberships – which are informal anyway – fluctuate, and gang members have varying degrees of dedication to the gang. Youths join gangs for many reasons – friendship, status, self-esteem, and the promise of adventure and fun.

While gangs fill some sense of family or belonging for their members, gangs have a destructive effect on a neighborhood. Gangs are a community problem that needs attention from all of a community’s responsible members. In other words, gangs can’t simply be “fixed” by passing laws in Washington or Sacramento. Most experts – criminologists, sociologists, and family counselors – have concluded that criminal street gangs must be dealt with through a variety of cooperative strategies and approaches that include police agencies, the courts, schools, the healthcare profession, and the media.

Are all Gang Members Criminals?

Rap music and TV shows like Hill Street Blues and The Wire have glorified gang members as heroes and survivors, but in real life, those who have been the victims of gang violence have a different perspective. They know that crime and violence rather than heroism are what gangs contribute to a community. In spite of this reality, the truth is that many gang members are not heavily involved in crime, and most Los Angeles gangs are not organized drug distribution rings. Most crimes involving gang members are the result of fights over girls, turf, status, and revenge.

To combat the gangs, California has adopted laws that target and punish gang-related crimes. If someone is active with a street gang and is convicted of committing a felony for the benefit of the gang, “enhancements” (additional penalties) are added to the sentence for the original crime; the additional penalty can be as much as ten years in prison for violent crimes like murder and armed robbery.

Over the years in Los Angeles, many innocent people who have never belonged to a gang have been charged with “gang-related” crimes. Anyone who is charged with a gang-related offense should consult with an experienced Los Angeles criminal defense lawyer. The severity of the penalties for gang crime convictions hinges on a number of factors; previous convictions, committing a crime near a school, or committing a crime that involves minors can lead to a longer sentence.

Anti-gang laws also impact parole eligibility. Provided that a crime was gang-related and committed to assist or promote a gang, the courts in California have ruled that a felony sentence may be enhanced under gang laws even if a defendant acted alone. Obviously, anyone charged with a crime that is considered gang-related will need the advice and services of an experienced Los Angeles criminal defense lawyer.

How are Los Angeles Officials Dealing With Gangs Today?

In one of the city’s most recent efforts to roll back criminal gang activity, Los Angeles City Attorney Mike Feuer in December filed an abatement lawsuit against the owner of a property labeled the “epicenter” of L.A. gang activity. The property has a long history of arrests, shootings, violence, and drug activity, Feuer said. The abatement lawsuit filed against Gregory White Jr. seeks an order for him to make a list of improvements at the property on East 55th Street in the South Park neighborhood.

“There is no reason why in this city we allow properties like this to terrorize communities,” Feuer told reporters in December. He said the LAPD has made over 150 arrests at the property since 2003. Feuer characterized the property as the “epicenter” and headquarters for the 52 Broadway Gangster Crips street gang. Feuer filed the lawsuit in response to a recent rise in violence at the property, including several shootings and a homicide back in May that remains unsolved.

An abatement lawsuit may not seem like much, but these kinds of small and persistent efforts have significantly reduced gang activity in Southern California in the 21st century. One thing, however, is sure: As long as young men need older role models and a sense of belonging, street gangs will continue to be a part of the landscape in Southern California and throughout the United States.