“Our Reputation is Our Pride, and We Have the Record to Back It Up” Fakhimi & Associates
Contact Us for a Free Consultation
Home
Practice Areas
Criminal Defense
Theft

The State of California defines theft as “the unlawful taking of someone else’s property without permission with the intent to permanently deprive them of it”. Further, someone can be charged with theft even if the alleged victim gives the property to the defendant, if defendant obtained it fraudulently or under false pretenses.

What are the Possible Sentences for Theft and Embezzlement in California?

Our Southern California criminal defense lawyers understand the majority of these cases involve good people who made unfortunate decisions. Still, the consequences can be significant. It’s why you need an aggressive criminal defense.

A few of those serious consequences of theft-related convictions can include:

A theft crime is considered a “crime of moral turpitude,” and those convicted often find themselves suffering the consequences for years to come. The good news is there are often a number of effective defense tactics that can serve to reduce charges and penalties or have them dismissed entirely. 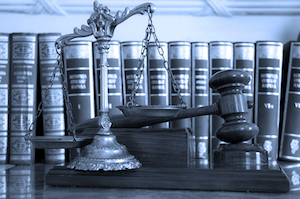 The term “theft” covers a broad range of actions that are spelled out in detail in the California Penal Code and are often referred to as white collar crimes. Penalties will depend based on not only the severity of the sentence, but also on defendant’s prior criminal record. Our experienced Riverside & Orange County theft attorneys are well-versed in California theft law and have a history of successfully defending clients accused of such crimes.

While misdemeanors will result in up to 1 year in jail, felony theft crimes, particularly those committed with a firearm, may result in sentences of up to 25-years-to-life, whether they’re deemed white collar crimes or not.

What are the California Theft Crime Defenses? 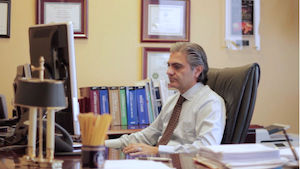 The legal strategy your Southern California theft and embezzlement attorney will employ to minimize the impact of a theft-related crime is going to depend heavily on the nature of the crime alleged, the strength of the evidence held by the state and whether the defendant has any prior criminal history that could render the current offense a higher-level crime. You should know that our entire team is committed to each of our clients from the beginning to the conclusion.