“Our Reputation is Our Pride, and We Have the Record to Back It Up” Fakhimi & Associates
Contact Us for a Free Consultation
Home
Practice Areas
Criminal Defense
Vandalism

Vandalism is one of the more common juvenile crimes in Orange County; however, it’s not limited to just graffiti. It’s also not limited to juveniles. Adults, too, sometimes face vandalism charges stemming from domestic disputes or in cases where there is intentional or malicious destruction of someone’s property. If you’ve been charged with vandalism, contact a Riverside & Orange County defense attorney who will work to have the charges and penalties reduced or possibly even eliminated.

The defense team at Fakhimi & Associates knows it is often possible to successfully and sometimes quickly argue for a better outcome for a client facing vandalism charges.

First-time offenders, in particular, may find themselves in a good position to negotiate an advantageous plea deal. Our Orange County vandalism defense attorneys know even if a defendant has a prior criminal record and the evidence against him seems strong, rarely is a vandalism case indefensible.

The term “vandalism” conjures images of graffiti on concrete overpasses. And to be sure, it is that. But vandalism is not limited to this kind of property defacement.

California Penal Code 594 defines vandalism as when a person does the following to another person’s property:

In cases where the property is government-owned, it is presumed defendant neither owned the property nor had permission to deface, damage or destroy it.

And it doesn’t necessarily have to be a wall.

The law stipulates this can involve destruction, defacement or damage to any:

Worth noting that when a case involves defacement, there is no requirement under the law that states the damage must be permanent. So even if the material can easily be washed or wiped off, a person may still be charged under this statute. 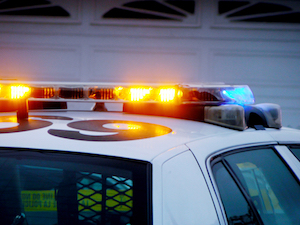 Of course, it’s better for the defendant if the damage is easily and inexpensively repaired because the severity of charges hinges on the amount of damage done.

Graffiti damage of less than $250 can be prosecuted under a lesser vandalism charge. Penalties usually involve a maximum fine of $1,000 and a community service requirement. Whether a person is charged with this or the more serious vandalism charge is left to the discretion of the prosecutor, and it often depends whether a defendant has prior offenses.

Otherwise, damage of less than $400 will generally result in a misdemeanor vandalism charge. This crime is punishable by up to one year in jail and a fine of up to $1,000.

What is a Vandalism Wobbler in California Statutes?

You may have heard of vandalism being a “wobbler.” This means an Orange County criminal court can treat it as a misdemeanor or a felony. It’s often dependent on a number of factors, including the financial losses due to the vandalism. Damages less than $400 can be treated as a misdemeanor; if the damage was more than $400, it is often filed as a vandalism felony, though it’s not mandatory. Ideally, the damage was less than $250, meaning a defendant is charged with an infraction, which is significantly lower in terms of the crime, penalties and other repercussions.

There are a couple of things our defense team ensures clients understand. If it is charged as a misdemeanor, there still exists a possibility of up to one year in jail and a maximum fine up to $10,000. If it’s a felony, the defendant could face between 1 and 3 years in prison, along with the substantial $10,000 fine – or the amount of property destruction, whichever is higher.

If the damage or destruction to the property is greater than $10,000, the potential fine amount increases to $50,000. Clearly, this kind of charge can quickly snowball into an extremely serious matter for a defendant. This is why reaching out for an experienced vandalism lawyer in Riverside & Orange County is crucial. The sooner, the better, too.

In order to formulate a vandalism defense, it’s important to first closely examine evidence that’s been collected by law enforcement.

In the case of graffiti discovered after the fact, this may be an especially viable tactic. Absent photographic or video evidence, a confession or other solid proof, authorities may have a difficult time connecting an individual with a certain act of graffiti.

Even if a defendant is caught illegally on someone else’s property where vandalism is discovered, it doesn’t necessarily mean there is proof he or she did it. At worst, the suspect in that scenario might be charged with criminal trespass under California P.C. 602, which carries a lesser maximum penalty of up to six months in jail.

Assuming the defendant is positively identified, we would then begin to break down each element of the crime.

Vandalism can only be charged when the property is someone else’s or is co-owned. So for example, if a husband defaces a vehicle or home owned by both himself and his wife, he may be found guilty of vandalism. If, on the other hand, those items of property are solely in his name, he may be able to assert a vandalism defense.

Our team then considers whether the act was malicious. That is, did the defendant intentionally commit a wrongful act or behave with unlawful intent to injure or annoy someone else? If the damage or defacement was purely accidental, the defendant should not be convicted of vandalism.

Finally, we will closely scrutinize the amount of damage. If we can prove it was less than $400, the state won’t be able to pursue a felony charge.

Please note these are potential scenarios. Each case brings with it its own facts. We never approach any two cases in the same way. If you’re facing vandalism charges in Riverside or Orange County, we strongly encourage you to contact our criminal defense attorneys today. We are vehement in our defense strategies and have successfully represented clients charged with felony and misdemeanor vandalism for decades. We stand ready to guide you to an outcome that allows you to move forward with no long term repercussions. Call us today to schedule your complimentary consultation.