“Our Reputation is Our Pride, and We Have the Record to Back It Up” Fakhimi & Associates
Contact Us for a Free Consultation
Home
Articles
What are the Penalties for Assault With a Deadly Weapon in California?

What are the Penalties for Assault With a Deadly Weapon in California? 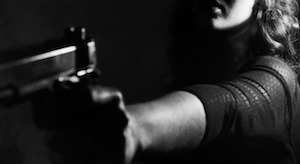 Under the California Penal Code, assault with a potentially lethal weapon – a gun or knife, for example – or an assault using sufficient force to cause “great bodily injury” – may constitute assault with a deadly weapon or “ADW.” ADW is the illegal attempt, whether successful or not, to injure another person violently while having the ability to do just that. Firing a gun at someone, for example, trying to stab someone, or even ordering your pit bull to attack someone are all actions that could constitute assault with a deadly weapon in the state of California.

Although we commonly hear the term “assault and battery,” these are completely different offenses under California law. Assault, including ADW, is an action that may result in another person’s physical harm. Battery is the actual imposition of harm or violence on another person. ADW may be charged and prosecuted as either a misdemeanor or as a felony in this state, depending primarily on the precise circumstances of the alleged crime.

To a great extent, the precise ADW charge that a California prosecutor files will hinge on the type of weapon that was allegedly used, whether or not the purported victim was injured and if so to what extent, and whether the victim was a police officer, firefighter, or an individual in another protected category. The defendant’s previous criminal history, if any, will also be considered.

What Constitutes a “Deadly” Weapon in California Law?

What is a deadly weapon? Obviously, firearms and knives qualify, but a rock or a chunk of concrete can be just as deadly. A bottle, a screwdriver, a hammer, a fork, a corkscrew, or even a pencil could conceivably be used as a deadly weapon. Hands and feet are generally not considered deadly weapons, but if hands and feet are used with the physical force likely to result in great bodily harm to a victim, a conviction for ADW is still possible and even likely. Jurors in California have wide discretion to determine what constitutes “great bodily harm.”

When assault with a deadly weapon – a weapon that is not a firearm – is charged as a misdemeanor, a conviction is punishable by a maximum term of one year in a county jail, summary probation, and a fine of up to $1,000. When a firearm is involved, or when ADW is charged as a felony, the punishments get tougher, and the law gets more complicated. Anyone who is charged with assault with a deadly weapon in southern California will very much need the legal advice and services that an experienced Orange County criminal defense attorney can offer.

A conviction for a misdemeanor ADW, when the deadly weapon involved is, in fact, a firearm, carries a minimum, mandatory sentence of six months in a county jail. The “basic” penalty for a felony ADW conviction – provided that the weapon involved was not a firearm – is a prison term of up to four years, felony probation, and a fine of up to $10,000. But that is only the “basic” penalty. And that’s where the law gets more complicated.

An assault with a deadly weapon that is a semiautomatic firearm is always charged as a felony, and the sentence for a conviction can be as much as nine years in a California state prison. Use of a machine gun (including the .50 Browning machine gun) or an assault weapon increases the maximum prison term for a felony ADW conviction to twelve years. But if the victim of the assault was a firefighter or a peace officer, the penalties again are different.

What if an ADW Victim is a Police Officer or a Firefighter?

That’s not all. In some cases, an ADW conviction will count as a strike under California’s Three Strikes Law. An ADW conviction is a strike if great bodily harm was inflicted, if the victim was a law enforcement officer, or if a firearm was involved. A conviction for assault with a deadly weapon that constitutes a strike means that if you are charged in the future with any felony in California, you will face double the normal sentence for that felony if you are convicted.

And if you accumulate three convictions that are strikes under California law, your sentence for the third conviction will be 25 years to life in a California state prison. Obviously, no one can afford to be convicted of assault with a deadly weapon in this state. Anyone who is charged with ADW in southern California will need an experienced Orange County criminal defense attorney to explain and protect your rights and to fight aggressively on your behalf.

How Will a Criminal Defense Attorney Fight an ADW Charge?

A defense attorney’s precise strategy in an ADW case, obviously, will depend on the details of the alleged crime and the details of the charge. A defense attorney in some cases may attempt to have the ADW charge reduced to simple assault or dismissed altogether. In other instances, a defense attorney may recommend going to trial and fighting for an acquittal. Of course, anyone who is charged with ADW should take full advantage of his or her constitutional rights by exercising the right to remain silent and by politely insisting on having an attorney present before answering any questions.