“Our Reputation is Our Pride, and We Have the Record to Back It Up” Fakhimi & Associates
Contact Us for a Free Consultation
Home
Articles
What to do if You Have a Warrant in Orange County, CA

What to do if You Have a Warrant in Orange County, CA 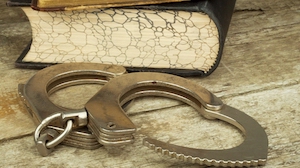 If a police officer arrests you in California with no arrest warrant, it’s most likely because you committed a criminal act that the officer observed. While the police may or may not have an arrest warrant when they make an arrest, if you are suspected of a crime, but you were not observed by an officer while committing that crime, the police typically will request a warrant for your arrest from a judge. If there is a warrant for your arrest, you need to take care of it. You’ll need to contact an experienced Orange County criminal defense attorney.

Arrest warrants in this state give law enforcement officers authority to take someone into custody if that person is suspected of a crime that was not observed by the police. A good defense attorney can find out if there’s an arrest warrant with your name, find out what you are charged with, and provide the legal counsel you will need. In some instances, your lawyer may be able to have the warrant “cleared,” and that would spare you from a formal arrest procedure.

Precisely What are Arrest Warrants?

A judge in California will issue an arrest warrant based on evidence presented by police authorities, or by a prosecutor, or after a grand jury indictment. California arrest warrants must include the name of the person to be arrested, the charge, the time and date of the warrant, the name of the judge, court, and legal jurisdiction, and the signature and precise title of the judge who issues the warrant.

In order to request a warrant for someone’s arrest, police officers or a prosecutor are required to have – and should be able to show a judge – “probable cause” indicating that a crime has been committed by the person they are naming as a suspect. “Probable cause” is evidence that leads to and supports a plausible belief that a crime has been committed and that the person being named should be arrested and charged for the crime.

A warrant for an arrest will also be issued – in most cases – when a grand jury in this state indicts someone for a crime. A grand jury is a group of people who meet to help a prosecutor determine if a suspect should be charged and prosecuted for one or more crimes. Grand jury decisions are not binding on California prosecutors, but a prosecutor will usually sign off on a grand jury’s finding.

Where can Arrests be Made?

Suspects who are named in warrants for their arrest are usually taken into custody at their workplaces or at their residences. Some are arrested at traffic stops. In California, when law enforcement officers attempt to execute a warrant for someone’s arrest at a private residence, and there is no response, the police may only enter by force if they have probable cause to presume that a suspect is within and is simply refusing to answer.

A California police officer is not required to have an arrest warrant to make an arrest – just knowing that there is a warrant is adequate. This is what happens when arrests are made at traffic stops. The officer “runs” the driver’s license, and if the driver has a pending warrant for his or her arrest, the law enforcement officer can take the suspect into custody right there at the traffic stop.

What is a Summons?

Instead of using the arrest warrant, a prosecutor may issue what is called a “summons.” A summons can be “served on” a suspect or sent through the mail. The summons orders the suspect to appear in court, allowing the suspect to obtain legal counsel and appear in front of a judge without the formal arrest process.

Typically, summonses are issued when a suspect does not have any additional warrants pending and the charge is not for a violation of firearms laws or a crime of violence. If you receive a summons in southern California, contact an experienced Orange County criminal defense attorney immediately, because you are going to need legal help.

If you receive a summons, in this state you must comply or else deal with the likelihood of a quick arrest. If you fail to appear in court after receiving a summons, a bench warrant will be issued, and it is just like any arrest warrant. Law enforcement officers must execute the warrant – or attempt to – in a reasonable period of time. When an arrest warrant is not promptly executed, the courts may consider any delay as a violation of a suspect’s right to speedy “trial,” and charges could even be dismissed.

Precise regulations determine when an arrest warrant may be executed in California. If the arrest warrant is for a felony charge, the arrest can be made anytime, but a warrant for a misdemeanor may only be executed between 6:00 a.m. and 10:00 p.m. A judge may, however, specify otherwise, and the time limits do not apply if the arrest takes place at a traffic stop or at some other public setting.

What About Persons who Become Fugitives?

If you leave the state upon learning that an arrest warrant with your name has been issued in California, you are a fugitive, and if you are apprehended, you may be extradited. An alleged fugitive may fight the extradition process in the jurisdiction where he or she was apprehended, but if a fugitive is sent back to California, he or she will face the original charge along with penalties for fleeing the state to avoid arrest.

Suspects taken into custody in California have a right to bail with exceptions for capital crimes, violent felonies, sexual assault, and felonies where a threat of great bodily harm was allegedly made. A bail “schedule” in every California jurisdiction determines bail amounts, although a good attorney may be able to have bail reduced, or in some cases, may be able to have the suspect released on his or her “own recognizance” or “O.R.”

Anyone who is being investigated regarding a crime in the state of California should contact an experienced Orange County criminal defense attorney right away. Depending on the circumstances and details, your attorney may be able to appeal directly to the prosecutor to drop the investigation or reduce any charges against you. Don’t wait to obtain dependable legal advice if you are being investigated or charged with a crime. You must act quickly. That is your right.