“Our Reputation is Our Pride, and We Have the Record to Back It Up” Fakhimi & Associates
Contact Us for a Free Consultation
Home
Articles
What to Expect When You Violate Probation in California

What to Expect When You Violate Probation in California 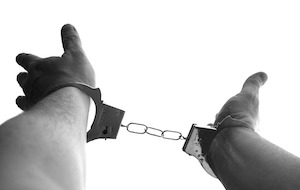 Probation is one of several penalties – one part of the overall sentence – typically imposed by the courts for a criminal conviction in the state of California. In fact, a full sentence may include probation along with community service, fines, classes, or jail time. A serious traffic violation or a DUI conviction can additionally result in the suspension of your driver’s license, but if you are charged with any crime in Orange County, Riverside, or anywhere in Southern California, probation is very likely if you are convicted.

Although a good Orange County criminal defense attorney will always first try to get a defendant acquitted or try to have the charge dismissed, when the evidence is overwhelming, and a conviction is unavoidable, your attorney might still be able to keep you out of jail by negotiating a plea bargain that includes probation. If you have been charged with a crime, always follow your attorney’s suggestions and recommendations regarding pleas and plea bargains.

If you are sentenced to probation in California, a judge has determined that you qualify to have a jail or prison term suspended pending the successful completion of the probation. But if a California probationer violates any of the terms or conditions of his or her probation, the probation can be modified, revoked, or terminated. If a court terminates probation, the offender may be taken into custody and ordered to serve time in jail or prison.

What can You Expect if You are Accused of Violating Probation?

At a VOP hearing in California, your criminal defense attorney and a prosecutor will present evidence and testimony regarding your alleged violation of probation. Because you have already been convicted of a crime, and because the VOP hearing exclusively concerns your probation for that standing conviction, the prosecution does not have to prove its case “beyond a reasonable doubt.”

Instead, at a probation violation hearing, a prosecutor must simply persuade the court with a “preponderance of the evidence” that you are guilty of a VOP. This is commonly viewed as meaning that it is “more likely than not” that you violated at least one term or condition of probation. You do not have any right to a trial by a “jury of your peers” at a probation violation hearing. A judge will decide your fate.

What can Happen if You are Convicted of Violating Probation?

In other cases, a judge may choose to extend probation for a lengthier term or to change entirely the terms of probation. A three-year probation might be extended to five years. A VOP involving illegal drug use might be penalized by adding a requirement for drug counseling to the terms of the probation. You could also be fined, or your probation could be revoked entirely, and you could serve the remainder of the probation period behind bars.

What are Some of the Ways Probation can be Violated?

Everyone who is granted a term of probation by the state of California should fully understand that the court is extending mercy and leniency to you, so you must agree to and comply with the terms and conditions of your probation to avoid serving time behind bars. Every case is different, so judges in this state set terms and conditions of probation that are particular to each individual case. A probationer convicted of embezzlement, for example, will probably be allowed to have a drink while serving probation, but someone convicted of DUI may not.

The penalties for violating your probation can depend on a number of factors. If you are charged with a violation of probation, do not give up hope, but also, do not try to act as your own attorney. If you are accused of a violation of probation in Southern California, discussing your case with an experienced Orange County or Riverside criminal defense attorney is the wisest move that you can make.