“Our Reputation is Our Pride, and We Have the Record to Back It Up” Fakhimi & Associates
Contact Us for a Free Consultation
Home
Articles
When Criminal Suspects Flee, The L.A. Fugitive Task Force Goes to Work 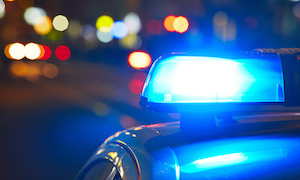 In Los Angeles and Orange County, the “long arm of the law” is more than a mere figure of speech. In August and September, the FBI’s Los Angeles Fugitive Task Force made twenty arrests of suspects wanted for charges including murder, attempted murder, and manslaughter. The suspects’ ages ranged from 18 to 63. One suspect was discovered and taken into custody in Mexico City. Running just makes a bad situation worse, and when a suspect runs from the police in the city of Los Angeles, he or she also makes it more difficult for a Orange County criminal defense attorney to help.

According to Deirdre Fike, who is the assistant director in charge of the FBI’s Los Angeles Field Office, “The FBI’s Fugitive Task Force is an invaluable resource for both local and federal investigators seeking fugitives from justice who, in many cases, leave the immediate area, the state, or who flee internationally. There is no doubt that dangerous criminals have been apprehended before additional crimes were committed due to the essential work of the task force partnership in Los Angeles.”

What Agencies are Part of the Fugitive Task Force?

A special agent with the FBI’s Los Angeles office, Scott Garriola, heads up the task force. He says that the task force relies on the public’s cooperation, and rewards are offered in the most important cases. “On a weekly basis we’re chasing an all-star team of jerks who are wanted for mostly murders, attempted murders, rapes,” he told KABC-TV. Special Agent Garriola also said that LAPD homicide detectives do the hard investigative work on cases that come to the task force. “They are the ones making these cases for us. We owe everything to them. And with the public’s cooperation and the rewards we can give, it’s a good recipe for success.”

What Kinds of Criminals are Targeted by the Fugitive Task Force?

Once a homicide detective identifies a suspect and obtains a warrant, the Fugitive Task Force may be asked to find the suspect and return him or her to the Los Angeles area for prosecution. The Fugitive Task Force has nabbed some cunning and hard-to-find fugitives, including former crime boss Whitey Bulger, who had been living in an apartment complex in Santa Monica. In 2013, the task force found 70-year-old Michael Ray Morrow living in Jessieville, Arkansas, under the alias Carl Frank Wilson. Morrow had escaped from a state correctional facility in Chino when he was only 34 years old in 1977.

In 2015, the Fugitive Task Force also hunted down elusive ex-Los Angeles police officer Henry Solis, who was wanted for killing a man while off-duty after a fight at a bar in Pomona. Henry Solis fled to Mexico, but he was picked up in the border city of Juarez two months after the killing. Special Agent Garriola said that while scores of suspects run to Mexico or Central America, many others choose to head for Las Vegas. For fugitives who are on the run from other states, Southern California is an easy and almost natural destination.

In 2008, after an 18-month search, members of the task force also apprehended William Vasques, who was wanted for killing five people in gruesome murders that took place in Santa Monica and Los Angeles from 2002 through 2005. Vasquez’s last victim in 2005 was shot in the head nine times. Purportedly a member of the notorious 18th Street Gang, Vasquez will spend the remainder of his life in prison, thanks in part to the work of the Fugitive Task Force.

Arthur George Crabtree, a former fifteen-year Glendale police officer and a convicted sex offender, became a fugitive from justice in 2012. An arrest warrant charged that he had contacted minors online, a violation of his parole from a 2006 conviction for sexual assault on a minor. After four years on the run, Crabtree was finally nabbed by the Fugitive Task Force in April of this year in Puerto Vallarta. Clearly, the work of the Los Angeles Fugitive Task Force is important and needs to continue.

What Should Someone do if an Arrest Warrant is Issued?

An arrest warrant must be signed by a judge and must be executed legally and in a timely manner. An arrest warrant must specify the suspect’s name, the charge, and the bail amount if the charge is a bailable offense. In the Orange County area, if you learn that a warrant has been issued for your arrest, or if you are arrested and charged with a misdemeanor or a felony, don’t run. It’s the worst thing an accused suspect can do.

Instead, contact an experienced Orange County criminal defense attorney as quickly as possible. Your attorney can examine every aspect of the arrest warrant, investigate the state’s charges against you, gather evidence, interrogate witnesses, and fight aggressively for justice on your behalf. Don’t make it harder for yourself and your attorney. Even if the evidence of your guilt is overwhelming, and you are convicted, your defense attorney can still plead for reduced or alternative sentencing.

An arrest is not the equivalent of a conviction, and in some cases, depending on the particular details of the case, an attorney may be able to have a charge against you reduced or even dismissed before a formal prosecution begins. You are presumed innocent of a crime until you are proven guilty. Running makes you look guilty. You will be found and taken into custody, and the courts in California have little patience – and no reason to be lenient – with suspects who have fled from the law and have to be dragged back to Southern California by the Los Angeles Fugitive Task Force.