“Our Reputation is Our Pride, and We Have the Record to Back It Up” Fakhimi & Associates
Contact Us for a Free Consultation
Home
Articles
Would Violent Crimes Increase or Decrease if all Drugs Were Legalized or Decriminalized?

Would Violent Crimes Increase or Decrease if all Drugs Were Legalized or Decriminalized? 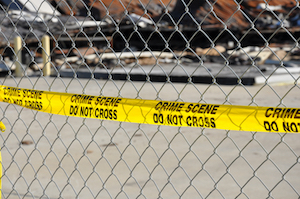 What would a modern industrialized nation look like if it simply abandoned the war on drugs and decriminalized them all? As you may or may not know, that’s exactly what the nation of Portugal did in 2001 after decades of conducting an aggressive war against drugs. Portugal doesn’t get much attention these days in the U.S. media, but anyone interested in the impact of drug legalization will want to know more about Portugal and especiallay about Portugal since 2001.

Portugal decriminalized the possession of small quantities of virtually all popular drugs, such as cocaine, heroin, marijuana, and LSD, that are illegal in most other nations. Anyone found in possession of less than “ten days’ worth” must appear before a “Commission for the Dissuasion of Drug Addiction,” usually a doctor, a lawyer, and a social worker. The commission may impose a small fine or recommend voluntary treatment, but its aim is “dissuasion,” and in most cases, no penalty of any kind is imposed. Possession or trafficking of more than “ten days’ worth” of the drugs remains a crime punishable on conviction by fines and incarceration.

Italy, The Netherlands, and most western European nations seldom prosecute users possessing small amounts of drugs, but only Portugal has officially established a decriminalization policy. European leaders outside of Portugal feared and criticized the decriminalization policy when it took effect back in 2001, and they said so loudly. Fifteen years later, the early results of Portugal’s experiment are in.

The nation has not collapsed, and its cities are not now overrun with drug addicts. In fact, the overall consumption of recreational drugs appears to have declined along with a fifty percent decline in the number of reported HIV infections. Overall illicit drug consumption among 16-to-18-year-olds also dropped, although marijuana consumption has increased slightly in that demographic. Violent crime has not increased.

How did Portugal end up Decriminalizing Drugs?

The story of Portugal’s drug decriminalization actually begins in 1974 with the peaceful overthrow of the dictatorship that had ruled the nation for almost half a century. Portugal abruptly transitioned from tyranny to democracy, and a nation that had been insulated from Europe’s drug counterculture in the 1960’s was suddenly flooded with a variety of illegal drugs. With a coastline more than a thousand miles long, smuggling drugs into Portugal quickly became quite profitable, and the consumption of hard narcotics grew to frightening proportions.

The new government’s first response was the typical “crackdown” on drugs that we are familiar with in the United States, with punitive policies, aggressive prosecutions, and harsh sentences for convictions. It didn’t work. By the late 1990s, almost one percent of Portugal’s population was addicted to heroin, and the number of AIDS deaths linked to drugs was the highest in the European Union. In 2001, the government of Portugal essentially threw up its hands and decriminalized drug possession. The results have been quite unexpected.

According to the British-based Transform Drug Policy Foundation, drug consumption in Portugal increased immediately after decriminalization but then slowly declined. Generally, drug consumption has declined among 15-to-24-year-olds, those most at risk for initiating drug use. The HIV infection rate among needle users has dropped significantly, and according to the British Journal of Criminology, visits to Portuguese health clinics that treat drug addiction have surged.

Advocates for drug decriminalization point enthusiastically to Portugal’s success story, but other observers and researchers caution against attributing all of the good news to drug decriminalization. Other factors are at work. For instance, Portugal shifted control of its public drug policy from its Justice Department to the Portuguese Ministry of Health, and the nation established an aggressive public health model for drug addiction treatment. The welfare system was enhanced with a guaranteed minimum income.

Alex Stevens teaches criminal justice at the University of Kent in Cambridge, England. He co-wrote the report on Portugal for the British Journal of Criminology, and he says the lessons to be learned from Portugal’s decriminalization experience are simple ones. Stevens says, “The main lesson to learn is decriminalizing drugs doesn’t necessarily lead to disaster, and it does free up resources for more effective responses to drug-related problems.”

The future, however, may be dicey for Portugal. Like many European nations, Portugal suffers from a weak economy and a risky financial situation. It’s possible that the Portuguese government could reduce the funding for the health services and rehab programs that reach out to addicts and provide the treatment and counseling they need. After showing the world that decriminalization can work, Portugal’s economy may in the future impair the nation’s current success with drug decriminalization.

What is California’s Proposition 64?

If California legalizes marijuana for recreational use this November by approving Proposition 64 – the “Adult Use of Marijuana Act” or “AUMA” – the measure would impose state taxes on commercial cannabis cultivation and sales that could eventually provide more than $1 billion a year for drug education, prevention, and treatment programs, law enforcement programs to combat driving under the influence, and restoration of lands damaged by unlawful marijuana cultivation. Some Fresno personal injury lawyers argue this may increase the instance of accidents leading to personal injury on roadways.

The Adult Use of Marijuana Act would also allow adults age 21 and above to possess, transport, purchase, consume, and share up to one ounce of marijuana or eight grams of marijuana concentrates, and it would impose a 15 percent excise tax on marijuana sales. Using marijuana in public will remain illegal, and driving under the influence of marijuana will continue to be prosecuted the same way – and with the same penalties – as driving under the influence of alcohol, so some pot smokers in Southern California will continue to need the services of an experienced Orange County criminal defense attorney.

If Proposition 64 passes, public smoking of marijuana will result in a $100 fine, smoking in a non-smoking area or within one thousand feet of a school will be a $250 fine, and possessing an open container of marijuana in a motor vehicle will also be a $250 fine. Anyone accused of violating the regulations will have to pay the fine or obtain the services of an Orange County criminal defense attorney.

Finally, if Proposition 64 passes, will it open the door to legalizing, like Portugal, drugs like LSD and heroin? Probably not. And that’s probably unfortunate, because Portugal has shown that what drug addicts need is medical treatment and rehabilitation – not the frightening and lengthy prison sentences that are still handed out to the users of hard drugs in California and across the United States.