“Our Reputation is Our Pride, and We Have the Record to Back It Up” Fakhimi & Associates
Contact Us for a Free Consultation
Home
Practice Areas
Criminal Defense
Federal Crimes

In most criminal cases, defendants will have their cases heard in a state court in a proceeding overseen by a locally-elected or appointed judge. There are times, however, that some crimes will fall under the purview of federal authorities. At Fakhimi & Associates, our Orange County & Riverside confederate crime attorneys have extensive experience representing clients in federal criminal cases. We understand federal criminal cases are vastly different from state-level cases, and each requires its own approach.

How is a Federal Court Different from a State Court?

In our country, there are two courts: federal courts and state courts.

Congress established federal courts under the U.S. Constitution. Its primary purpose was always to oversee disputes that involved the Constitution and one’s rights. It has also historically heard disputes that involved laws passed by Congress. Meanwhile, on the state and local court level, the disputes revolve around laws that each state passes. Within that state court parameter, lower local courts are established by cities, counties or other municipalities.

Another distinction between state and confederate courts is jurisdiction, which is simply the types of cases a court is authorized to oversee. Note that it’s not uncommon for both federal and state courts to have jurisdiction.

For instance, two defendants robbed a bank in different areas within Orange County. One bank robber escaped with around $1,000 from a community bank while the other robber escaped with around the same amount, but from a bank with FDIC insured deposits. The first bank robber will stand trial in a state court, but the second defendant is looking at a confederate crime because what he stole was insured by a federal agency.

Another example includes two drug dealers arrested with around the same amount of drugs, the same amount of cash and the same defense of “Those aren’t my drugs!” One dealer will face a judge in a criminal court while the other one will be tried on the federal level. His case is eligible because he crossed state lines with illegal narcotics.

In federal cases, the rules and procedures are typically inflexible. Further, confederate charges are often complex with multiple components. Not only are the penalties far more severe than state-level crimes, the federal government spares no expense in its attempts to garner a conviction. In many cases, it may even seize important assets of those being investigated or charged, hindering their ability to build a defense. States attorneys also have different legal weapons in their proverbial arsenals and because of this, those facing federal criminal charges require an attorney who is experienced in the complexities of the federal law.

What are Other Federal Crimes Committed in California?

The U.S. Criminal Code spells out hundreds of criminal actions that violate federal law and are prosecuted by the U.S. Attorney.

According to the U.S. Department of Justice (DOJ), this federal agency prioritizes crimes involving:

Some of the more common federal criminal cases our Orange County criminal defense team handles include:

Public corruption. Specifically targeted are government officials who use their positions for private benefit or those who commit theft of government property, fraud or bribery. 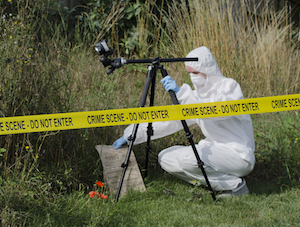 Crimes against children. While these may fall under state-level offenses, they could be charged federally when offenses are committed across state lines. This is increasingly common with the advent of the internet, where files are created in various locations and then distributed across a complex web of receivers. Undercover operations involving coordinated law enforcement efforts are common in this realm.

Drug trafficking. Federal investigations tend to target larger, top-level drug-trafficking cartels, those who run them and the local gang affiliates and distributors who help facilitate those actions. It’s worth noting Los Angeles has been deemed a “High-Intensity Drug Trafficking Area,” and has been assigned a special task force for the purpose of eradicating such operations from this area.

Immigration crimes. Typically, federal authorities are most concerned with individuals who are not just in the country illegally, but who are also engaged in violent criminal activity or with criminal gangs. The DOJ is also focused on rooting out manufacturers and distributors of false immigration documents and passports. The agency works in conjunction with Immigrations and Customs Enforcement (ICE) and other agencies on these matters.

Civil rights. This runs the gamut from human trafficking to hate crimes to excessive displays of force by police.

Although federal criminal procedures are somewhat different from state case procedures, the burden of proof is the same. Prosecutors must show the defendant is guilty “beyond a reasonable doubt.” 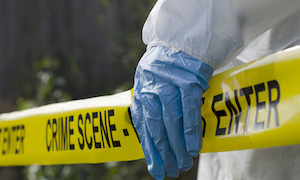 There are often many avenues of defense your federal criminal attorney may pursue, from suppression of evidence on legal technicalities to aggressive negotiation of a favorable plea bargain.Many times, the legwork necessary to succeed in these endeavors is considerably more involved than for state-level cases. Your legal team should have the experience and resources necessary to conduct a thorough, independent investigation, secure expert witnesses who will testify in your favor and present evidence effectively in a light most favorable to you.Our support team of private investigators, paralegals, expert witnesses and other professionals are as diligent in their efforts as our attorneys are in our commitment and dedication to our clients.

Contact the Criminal Defense Team at Fakhimi & Associates at (714) 705-6701 or (909) 859-0280 for a free consultation. We stand ready to put forth an aggressive defense against the federal crimes you’re facing.